Keane are back. After over 8 million sales of Hopes And Fears (2004) and Under The Iron Sea (2006) combined, sold-out arena tours, awards spanning Ivor Novellos to BRITs, plus an undeniable collection of hits including Is It Any Wonder?, Everybody?s Changing, Crystal Ball and Somewhere Only We Know, one of Britain?s best-loved bands are about to surprise and thrill all over again. 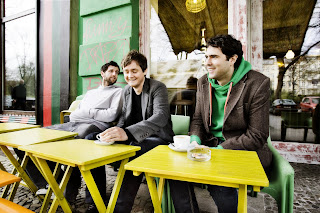 Avowed believers in never retreading old ground, Tom Chaplin, Tim Rice-Oxley and Richard Hughes return with Perfect Symmetry, a Technicolor explosion of stellar pop songs and pure, unashamed energy; the joy in which is audible in every finger-click and life-affirming chorus. As different as piano-helmed classic debut Hopes And Fears was from its darker cousin Under The Iron Sea, Perfect Symmetry finds Keane at the height of their powers.

Confirming Rice-Oxley?s position as one of the finest British songwriters to emerge this decade, the 11-song set sees Keane throwing any last vestiges of caution to the wind and simply letting the music take them where it will. The result is a thrillingly bold album that?s as pleasurable to listen to as it was to make.

The Grammy-nominated British trio previews their third album, Perfect Symmetry, with the release of ?Spiralling.? The song will be available at all major online retailers.

The track was made available for free on the band?s website, and logged over half a million downloads in one week. ?Spiralling? was the #1 most added song on UK radio for its first week of release.

Keane has released two previous albums, 2004?s Hopes and Fears, and 2006?s Under the Iron Sea. The track listing for their third album, Perfect Symmetry, has been confirmed as: 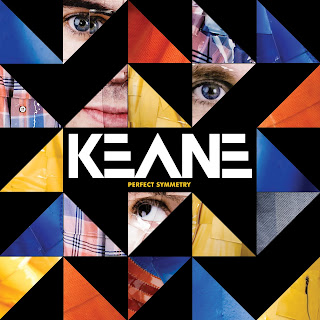 2. The Lovers Are Losing

4. You Haven’t Told Me Anything