An impressive slate of artistes have so far signed on to perform for Shaggy and Friends – the charity show set for Saturday January 3, 2009 with proceeds set to benefit the Bustamante Children’s Hospital in Kingston.

The artistes who will share the stage with Shaggy reflect the varied genres of local music and according to the organisers will hopefully appeal to the varied tastes of patrons.

The conscious reggae lovers will be able to enjoy the music of Freddie McGregor, Luciano, Tony Rebel and reggae queen, Marcia Griffiths. Socaphiles will be able to bump and grind to the sound and movements of ‘Miss Roll It‘, Alison Hinds, who is flying into Jamaica from Barbados for the event. 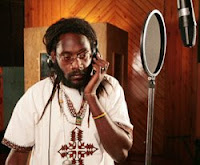 The local and regional acts join international artistes Macy Gray, J Holiday and Sean Kingston who have all confirmed their support for the event. Male Supermodel Tyson Beckford, who has Jamaican roots, will be hosting the event.

Shaggy & Friends will be staged on the lawns of Jamaica House on January 3, 2009. Over the years Shaggy, who is famous for his international reggae hits, Boombastic, It Wasn’t Me, Angel, Church Heathen and Oh Carolina, has been making charitable donations to the Bustamante Children’s Hospital. He became further involved after hearing the plight of eight-year-old Ashley Anderson, a patient at the hospital. Shaggy is seeking to raise US$2 million from the event to purchase much-needed equipment for the hospital.