Rashomon was a brilliant movie from Akira Kurosawa over half a century ago that still stands to the test of time – a crime was viewed by four witnesses and each saw the incident in a special way, who’s right/who’s wrong?

Such a perceptual dichotomy applies to the following item found on BGIS, it is a call by our Prime Minister to lift the embargo on Cuba …. but he is appealing to an exiting member who was installed not under the Democrats, but the GOP of the USA. Is it any surprise therefore she maintains a stance in keeping with “Dubya/If the SHOE fits” Bush? 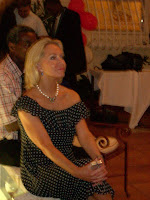 The item is told from a view of Mr Thompson looking at “poor” Cuba, but there is also the very real likelihood that Mary Ourisman – not necessarily out of a sense of loyalty to the outgoing administration back in her homeland, but as that regime being in step with her views – wants to see the embargo maintained.

For this News-Blog’s view, Cuba & Puerto Rico broke away from Spain and the US wanted to latch on to both instead (part of the fuel with the Spanish-American War that Teddy Roosevelt took part in) – however, while Puerto Rico rolled over and played dead for the US immediately? Cuba under Fulgencio Batista was a coquettish date who may or may not surrender the goods, then Fidel came along and said, “None of that, get out!” and America get vex.

Guess what? Cuba learned to do well by itself, it has some of the best doctors in the world – they are experts at eyes, heart and even vitiligo, Fidel has stepped down and his brother has relaxed certain limitations which held sway before – even if they do not necessarily approve of blogging, and their art of accepting dissent needs some remedial therapy…

As we get into the 21st Century, it’s time for the USA to grow up and accept that Cuba, right or wrong, is its own territory and move on. Here now is the BGIS story in full with accentuations supplied by the Bajan Reporter –

Barbados? Prime Minister, David Thompson, has told the outgoing US Ambassador, Mary Ourisman, that her country should lift the decades-old trade embargo against Cuba. He made the comment today during a farewell visit she paid on him at his official residence, Ilaro Court. 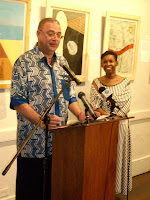 Mr. Thompson said ?the issue of the trade embargo against Cuba must be addressed?. Noting that there were ?a lot of misplaced fears about Cuba? he said: ?I think there is a good basis for engagement with this Cuban administration, and the US shouldn?t miss the opportunity. I know it will take some time, but cordial relations with Cuba will strengthen relations between the US and the rest of the Caribbean.?

The American envoy remarked that she did ?not know why CARICOM does not see and understand the US? position on Cuba. We want to help the Cuban people; we just want them to enjoy the same rights and privileges other democracies enjoy; but there has to be give and take on both sides?.

Prime Minister Thompson observed that ?there needs to be a new beginning in US/Cuba relations, and anything that Barbados can do to help, we are ready to assist?. Reminding the Ambassador that President-elect Barack Obama said he wanted to see Guantanamo Bay Naval Base closed, Mr. Thompson said Barbados saw it as its duty ?to do what we can to get dialogue going between the US and Cuba. If there is anything we can do to facilitate talks, let us know?.

Ambassador Ourisman, whose tour of duty officially ends on January 15 next year, said she was happy to have served the region. ?Barbados? hospitality has been exemplary. It has been an interesting and most rewarding experience. My husband and I have really enjoyed our stay here. You have all made us feel so welcome. Barbados is like our second home, and we hope to be back regularly,? she promised.

Prime Minister Thompson told the Ambassador that she had made a good impression on the Caribbean and he extended an invitation to the Ourismans to ?return and visit?.