In February next year (not so far away), Concord Records will release Send One Your Love, a 10-track album of seductive love songs from sax icon Boney James. Just in time for Valentine?s Day, Boney has put together the ultimate ?musical valentine.? Send One Your Love includes new James originals as well as covers from Stevie Wonder, Barry White, the Stylistics and more. Send One Your Love is the third album James has recorded since signing with Concord Records. The album follows his Concord debut ? Shine? ? which received rave reviews from the press and landed him at #1 on the Contemporary Jazz charts and #6 on the R&B chart.

Send One Your Love is a sensuous collection of nine instrumental tracks plus a stunning cover of James Taylor?s ?Don?t Let Me Be Lonely Tonight?. On this track, Boney introduces the world to the incredible new R&B vocalist Quinn. Having previously done background vocals for the likes of Kelly Price and K-Ci & Jo-Jo, Quinn was working as an Atlanta-based session singer. “I started asking friends if they knew a young singer who should be a star,” Boney says. “I got Quinn’s MP3 in an e-mail. The next day I flew him to L.A. and cut the track in two takes!“ 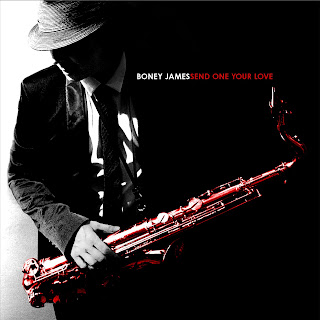