One of Grenada?s high end luxury tourism developments will be completed by February 2009. The Prickly Bay Waterside situated at the old Boatyard in Prickly Bay Lance Aux Epines, will open the first phase of the luxury waterside residences in just about two months.

The first phase of this development is comprised of one, two, and three bedroom apartments, and duplexes. These apartments all have large balconies overlooking beautiful Prickly Bay and many have their own plunge pools. With 4000 square feet of living area and five bedrooms and bathrooms Prickly Bay?s Lawn Houses will also be completed in this first phase. 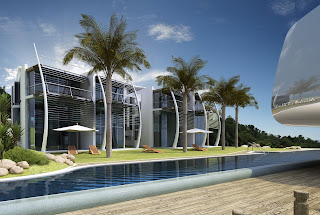 Like the apartments and duplexes the Lawn houses have beautifully fitted kitchens with utility rooms and a cold store. They are finished throughout with white limestone flooring and feature a glass mezzanine, a private pool, a four person elevator and a fully equipped roof terrace.

Already there has been tremendous interest from buyers in the Prickly Bay Development and it has won international awards at the International Property Magazine Awards. 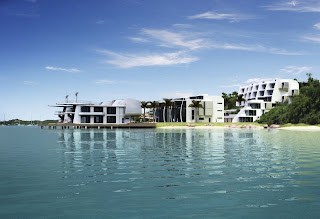 These awards include Best Architecture and Best International Development. Keith Devenport is Sales and Marketing Manager of Prickly Bay adds; ?Prickly Bay Waterside is expected to do well in spite of the challenges which exist in the global market. This development is unique in many ways and has created a niche for itself.?