Nation Newspaper gets it wrong – Over 8,000 People Came to the Graeme Hall Nature Sanctuary

It was almost a mob scene on Sunday, November 9, 2008 on the South Coast of Barbados as an estimated 8,000 people {Ed’s Note – Not the HUNDREDS claimed by mainstream media with inaccurate observations, possibly with directives given} came in droves to support the continued operations of the Graeme Hall Nature Sanctuary. 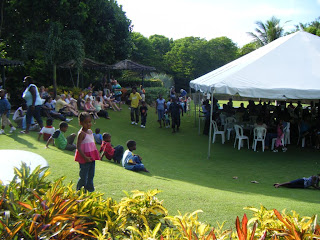 ?We ran out of food and drinks,? said Harry Roberts, General Manager of the Sanctuary. ?Nobody knew that the public would be so interested.?

Traffic was nearly at a standstill in Worthing. The situation demonstrated the power of the internet in Barbados, as much of the awareness of the plight of the Sanctuary had been on Facebook’s ?Save Graeme Hall? social network site. Within two weeks after being formed the Facebook group had collected nearly 3,500 members.

The 35-acre Sanctuary is part of the 240-acre green space at Graeme Hall ? the last significant green space between the Airport and Bridgetown on the South Coast. Many believe that the entire area should be preserved as a Park so that children can ride bicycles and play safely, and families can have a place to gather for the next 100 or more years. 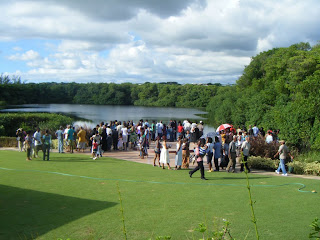 Last year in Barbados, over 6,000 people signed a petition to create a 240-acre National Park at Graeme Hall that would be a place for environmental preservation and recreation.

?Many believe that the green space at Graeme Hall is as important to Barbados as Central Park was important to New York in the 1800’s. Over the heavy objections of developers in 1871, Central Park was formed, and today we cannot imagine New York without it,? said Roberts. ?The Sanctuary could be a part of (this green space) forever, and we think that there is considerable local and international support to make it happen.? 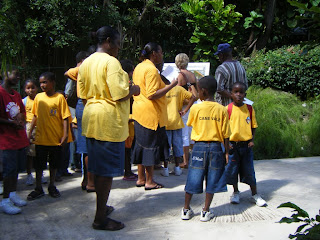 The manager added there are signs the Government of Barbados appears interested in the proposed conservation and recreational initiatives within the 240-acre green space at Graeme Hall.