Built in 1865 as the Drake Opera House, New Jersey’s Ritz Theatre has seen some of the biggest and best names in entertainment grace its stage, from Vaudeville comic legends George Burns and Gracie Allen, to country music idol Johnny Cash, and master Jazz trumpeter Miles Davis.

Presented by Road Block Radio, Race Entertainment, and CCB International, Reggae at the Ritz bridges the gap between the grassroots “Roots Rockin‘” vibe of Reggae and the elegant and elaborate presentation of classic theatre. The Ritz has high expectations for their debut Reggae staging, particularly with Buju Banton and Mavado as headliners.

“We are really proud to have them perform at our theatre,” states Ritz Theatre House Manager Anna Urbas.

Urbas maintains that while all of the Caribbean music acts presented at the Ritz been Spanish-speaking, the Ritz theatre is eager to tap into the Tri-State area’s blossoming English-speaking Caribbean population.

“We are trying to expand and bring in new audiences,” she states. “Traditionally most of our Caribbean performers have been Spanish; this is our first Jamaican Reggae show, and we are eager to see the crowd that is coming.”

“Reggae/Dancehall is internationally one of the most influential types of music, even Willie Nelson released a Reggae album,” says Road Block Radio’s Kacy Rankine. “It is high time that we, as promoters of Reggae music and culture, present our music on a level that world class music should be presented on.”

“Buju is a musical legend and Mavado has a style that is unparallelled to any other artist out there now,” states Race Grant of Race Entertainment. “It is only fitting that we bring two of the best Reggae artists to the Ritz for their first Reggae concert.”

In 1992, Buju Banton broke Reggae legend Bob Marley’s record for having the most #1 singles by a Reggae artist on the charts in a single year. Sixteen years and seven albums later, Buju has woven his dense patois lyrics, skillful story telling, and insightful observations into a textured musical tapestry that has uplifted audiences throughout the world. 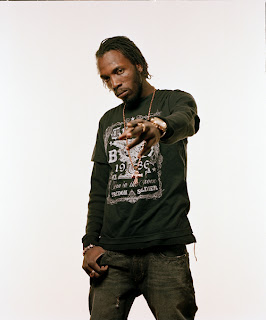 Hailed by Rolling Stone Magazine as the ‘best Reggae artist since Bob Marley,’ Mavado, has earned international attention with biting street anthems like “Weh Dem A Do,” “Last Night,” and “Gully Side.” Mavado’s debut album Gangsta For Life: The Symphony of David Brooks spent 48 weeks on the Billboard’s Top Reggae Albums chart, while his latest hit singles “So Special” and the “On the Rock” remix with Hip Hop mogul Jay Z, are currently in heavy rotation on mainstream stations around the globe.