The introduction of the once weekly direct service from London Gatwick to St Kitts, tagged with Antigua, will be the first time an established UK scheduled carrier has operated a regular service to St. Kitts. 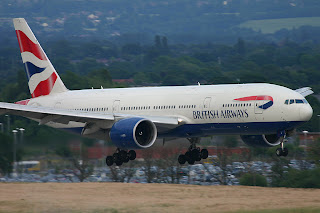 This new weekly flight by BA not only increases capacity to the destination, but the inclusion of the Club World seats also means that it is now easier for upmarket UK tour operators to sell both St. Kitts & Nevis.

The London, Gatwick service will also connect to a wide array of UK and European cities served by BA, with online reservations available from today onwards.

Commenting on the introduction of this new airlift service, the St Kitts & Nevis Minister of State in the Ministry of Tourism, Culture and Sports, Senator Ricky Skerritt said, ?This timely BA service reinforces and supports a key part of the tourism strategy for St Kitts, which is to increase high end tourism. I applaud BA for expanding its Caribbean itinerary at a time when other airlines have been reducing capacity.?