The most successful commercial crossover reggae artist sees his greatest hits released this month, while he’s still in the prime of his career. Best of Shaggy: The BOOMBASTIC Collection is on sale right now via the Hip-O Records imprint, a compilation label of Universal Music Group. This while the dancehall icon continues to tour Europe, promoting his current album, Intoxication (Big Yard/VP, 2007). 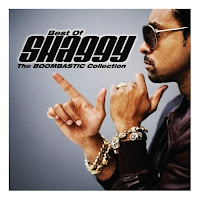 “We’re touring across the world and it’s obvious my fans are loving the tunes, new and classic,” reveals Shaggy. “Universal saw the success I’m still enjoying and wanted to ride that momentum, so they decided to drop my collection of hits now.“

Boasting all the popular joints that have made Shaggy the most successful commercial crossover reggae artist to date, with a Grammy Award (Best Reggae Album for Boombastic, 1995), becoming the first reggae artist to top the Billboard 200 Album Chart (also Boombastic), and having a diamond record with Hot Shot, 2000 (10 million copies sold in the U.S.), just to name a few accolades that have laced the life of this iconic entertainer.

The album is now available from all major music retailers, in stores and online.