This message was stressed by Keith Phillip, General Manager of the corporation; ?SSMC is involved in several operations which include land cultivation for farmers and soil cultivation work,? he said. ?Also we have given some laboratory equipment to the Basseterre High School and our lab is still used by the Police for various purposes.?

Additionally, heavy equipment such as tractors were sent to the Public Works Department to be used at the quarry, and vehicles were reassigned for use by the security forces, Ministry of Health, Department of Agriculture and Inland Revenue. Land and building structures are also rented to several agencies, while the railways are used regularly by the ?Sugar Train.? 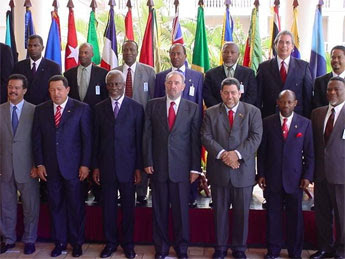 Storage tanks for fuel under the PetroCaribe agreement will be erected on land owned by SSMC.

?The machine shop continues to serve the heavy industries on the island,? Mr. Phillip added, citing the specially skilled employees that work there. ?They can do work that most other welding or machining operations can?t do so it is still a vital resource in the country.?

SSMC has also undertaken the sale of scrap metal. A contract signed in January 2008, with a company based in St. Martin, calls for the supply of 4,000 tons of heavy metal. To date 1,000 tons have shipped.

Mr. Phillip indicated that while these tasks are being performed, the liquidation of assets is continuing in a responsible manner. Much of the items owned by the corporation were sold via a bid sale in the initial months after the cessation of sugar production. Persons wishing to acquire remaining SSMC resources are encouraged to visit the machine store or contact the management office.