Relief supplies for Tropical Storm Gustav victims, were officially handed over to Deputy Prime Minister and Minister of Foreign Affairs and Foreign Trade, Dr. Kenneth Baugh, by the Ambassador of Spain to Jamaica, Jesus Silva, at the Norman Manley International Airport in Kingston. 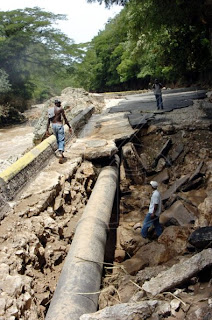 The shipment, valued at approximately US$50,000, consisted of large tarpaulins, hygiene kits, blankets and tents. 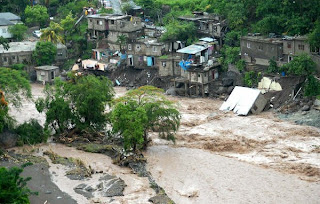 Dr. Baugh thanked the Spanish Government for being very responsive. “They have acted so quickly to get these well needed supplies of personal needs for people who are outside of their homes, who are marooned (and) people who are in need of greater assistance,” he noted.

He went on to laud the Spanish Government for its involvement in the country’s development. “We are very happy for the investments that are flowing from Spain to Jamaica, especially in tourism. They are creating jobs and they are helping us to grow the economy, and especially in medical tourism, which is going to be something (to be developed) in the very near future,” he said.

The Minister also informed that he, along with the Spanish Ambassador, the entire diplomatic corps, the Director General of the Office of Disaster Preparedness and Emergency Management (ODPEM), Ronald Jackson, as well as representatives from the Dominican Republic and Haiti, had just had a meeting at the Ministry, “to sensitise them (diplomatic corps) to what has happened in Jamaica.“ 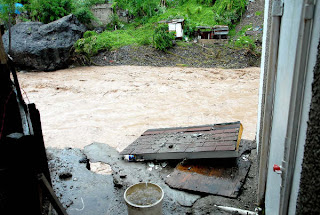 “We have put the situation to the diplomatic corps for them to make representation to their individual countries through their mission here, to indicate the kind of problems we are having in Jamaica and the kind of assistance that we would need. The assistance we get, not only is responsive to immediate emergency needs, but in the intermediate term, for recovery, because it’s the infrastructure, the gullies, the bridges and the roads that have been damaged (which are) creating severe inconvenience for the people of Jamaica,” the Minister noted. 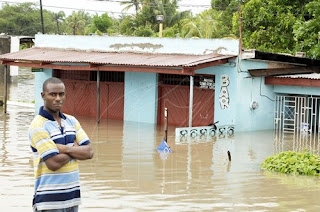 He further pointed out that some communities are still marooned and that supplies have had to be airlifted to them. He said much of the supplies from Spain “is going to be our assistance to them, to alleviate some of the misery and the inconveniences in their immediate lives.”

Ambassador Silva, in his remarks, said that he was very pleased to have provided the supplies. He noted that the supplies were coming from the new Human Logistical Humanitarian Centre of the Spanish Co-operation Agency, which was opened recently in Panama City, to serve the Caribbean. “In fact, coming here to Jamaica, is the first important operation that this Logistical Humanitarian Centre has done since it was opened,” he said. 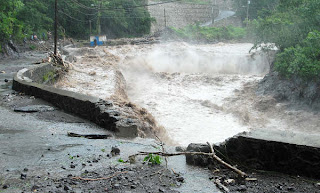 In the meantime, Mr. Jackson distributed supplies early last week. “We are going to have to break them down into kits according to the needs,” he said, noting that the areas to be supplied will be within the entire Hope River watershed that was affected – Gordon Town, Kintyre, Papine, Mavis Bank and Tavern. “Persons there will have to be re-located while they are waiting for the whole programme and plan to unfold. A lot of them are without roofing. Hygiene is going to be critical, so we are going to have to address those needs,” he added.

Mr. Jackson also noted that Portland, St. Thomas, Springbank, Millbank and a number of areas within Buff Bay and Rio-Grande Valley, as well as the northwest ridge in St. Andrew and the northwest ridge in St. Thomas, are also going to be primary target areas. “There are some areas in St. Mary and St. Catherine and so forth, that we are going to have to look at, but immediately, we are going to be dealing with the priorities and then rolling down to those secondary areas,” he added.