Roots Reggae’s Legendary trio The Mediations, 80’s Dancehall crooning sensations Michael Palmer and Johnny Osbourne and smooth vocalist and musician Ed Robinson are joining popular New York media personality Michelle ‘Micheboo’ Thompson in taking a stand against police brutality. On Tuesday, September 16th at New York’s City’s famous SOB’s night club, Micheboo will be hosting the artists in a fundraising event dubbed ‘REGGAE FOR JUSTICE,’ in benefit for her 24-year-old son who is currently at Ward’s Island Psychiatric Center, suffering severe damage to the head, neck, back, and legs after being savagely beaten by police officers from New York City’s 112th Precinct in the Forest Hills section of Queens. 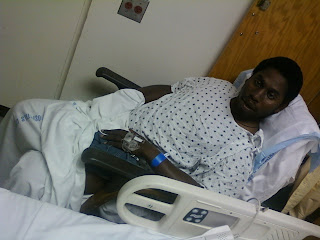 On the evening of June 6th, Isus Thompson was sitting in a playground on Austin Street in Forest Hills, alone. According to Micheboo, he was leaving the park, when he was approached by an officer who ordered him to go back into the park. He went back into the park with the officer, as the officer looked around to secure the park. As they were exiting the park, the officer escorted him to the squad car where he was frisked and search. The officer called for back up, which is when Isus demanded that he hadn’t done anything wrong and, in a panic, ran. After being cornered, according to Isus, approximately 10 police officers hurled racial slurs at him and proceeded to ferociously beat him with fists and nightsticks. He was taken to Elmhurst Hospital in a semi-catatonic state, and over three months later, remains hospitalized with severe physical and psychological injuries.

“Today is a good day, tomorrow is a bad day,” states Micheboo of her son’s present condition, suggesting that the trauma to his head has lead to some mental instability. “It’s destroying me to see my son like this.”

“It’s hard to know that the people who are supposed to protect us, turn around and brutalize your child,” a very emotional Micheboo continues, maintaining that Isus was a very good child who never gave her any trouble. “So, he was in the park after curfew – give him a ticket, write him a summons! They didn’t have to do this to my son.”

When approached about the fundraising concert, The Meditations, known for hits like “Woman is Like A Shadow,” and “Woman Piabba,” 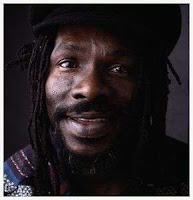 “The fundraiser is to assist with healthcare issues, and for the upcoming legal battle with the NYPD that lies ahead,” states Micheboo.

The REGGAE FOR JUSTICE Benefit Concert will be held at 7pm on Tuesday, September 16th at SOB’s (204 Varick Street in NYC). The event will also feature a Reggae Market Place with merchandise and food for sale. Donations start at $20. All proceeds will aid Isus Thompson’s defense and medical care.