Two groups associated with the Pyramid Entertainment Company – MASALA, and Threads of Scarlett – will be featured at the prestigious ten-day Virgin Atlantic Music Festival, now in its second year. Local, regional and international artistes will join Virgin Atlantic as it commemorates the airline’s tenth year of flying to the Caribbean. 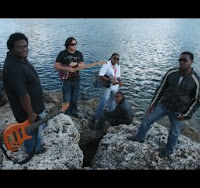 The event will run from October 30th to November 8th, and will feature an armada of stars and a variety of genres which will span across Rock, Reggae, Jazz and Blues, Hip Hop, Ska, and Folk Music.

MASALA, the fresh young band of rockers represented by the Pyramid Group, whose members are described in Barbados as the future of rock music, is on that list of stars. Known for electrifying performances and enviably great music, the group promises another blazing appearance and loads of entertainment.

Threads of Scarlett, also associated with the Pyramid brand, continues to deliver captivating performances each time the band graces a stage, and this time things will be no different. The quartet, Nick, Jesse, Stu and Mark, plan to bring the best of Threads of Scarlet for the world to see.

“The event was a huge success last year, and Virgin Atlantic who are the headline sponsors have helped us get some great acts flown in for this year’s event,” explains Steve Campbell, both owner of Obskewer: Surfer’s Caf? and a co-promoter of the event; also coordinating is Veronica Little from Rolling Deep Communications.

“This year is much bigger and we have been able to include a lot more Barbadian musicians,” Steve continues. 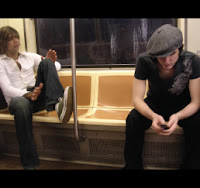 The Festival begins with a three day opening show on the grounds of Obskewer: Surfer’s Caf? with 23 acts performing. There will also be Satellite Bars operating from Mojo’s, McBride’s and Bert’s Bar within the grounds. All acts will perform at the opening festival, then go on to perform with at least one show for the rest of the festival at various locations across the island.

Other acts to perform include television and radio presenter Rodney P, who is dubbed the UK’s Godfather of rap and Limehouse Lizzy also from the UK. From local soil there’s Universal recording artist, reggae singer and writer David Kirton, Jazz singer Rosemary Phillips, and Hotta Flames among others. From Trinidad there’s the Reggae and Hip Hop group Chromatics.

Tickets will be available at the Surfer’s Caf? in Oistins. An opening three day boarding pass will cost $100. Further information is available by calling 246-420-5943.