On September 11th, Digicel released to the media details of its proposal to settle its present dispute with the West Indies Cricket Board (WICB) arising from the Stanford Super Series taking place in Antigua from October 25th to November 1st 2008. Stanford 20/20, in cooperation with the WICB and the England and Wales Cricket Board (ECB), presented to Digicel on September 18th a three point counter offer which contained the following points:

Stanford 20/20 would undertake not to do a deal with a competitor of Digicel in relation to the Stanford Super Series. 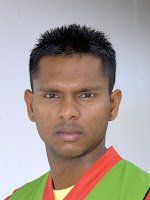 All Digicel?s legal costs in its dispute with WICB would be covered. 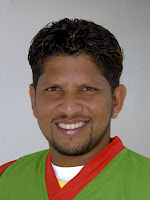 Despite the fact that Digicel has no entitlements to any commercial rights at all in relation to the Stanford Super Series, Stanford 20/20 offered a significant amount of branding to Digicel at no charge in relation to the 2008 event. This branding included 14 perimeter boards, on field branded mats, advertisements on the big screen at matches and advertising in the tournament programme.

On September 19th Digicel responded to Stanford 20/20 rejecting point 3 of the offer outright. Digicel has insisted that, at no cost, they retain the same branding presence on the Stanford Superstars jerseys which Digicel currently enjoys on the West Indies jerseys as the team sponsor. Further they insist on this demand for the full five year term of the Stanford Super Series. 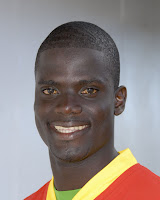 Although an entirely innocent party in this dispute, Stanford 20/20 has explored multiple avenues in order to facilitate its settlement. Stanford 20/20 took careful legal advice prior to making its counter offer and is satisfied that the offer to Digicel addressed all of Digicel?s legitimate rights and concerns under its agreement with WICB. Despite these efforts, Digicel continues to insist on receiving commercial rights to the Stanford Super Series which are way in excess of its contractual entitlements.

In Digicel?s press release of September 11th it explicitly declared: ?Digicel has always supported the proposed Stanford 20/20 initiative and has, at all times, sought to proactively engage with the parties concerned with a view towards resolving the present dispute on an amicable and responsible basis. Digicel?s compromise proposal is being pursued with the best interest of West Indies firmly at heart.? 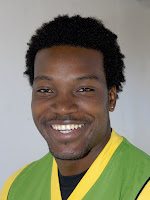 Given Digicel?s absolute unwillingness to compromise this would seem to be a contradiction.

Finally as a result of Digicel?s outright refusal of Stanford 20/20?s proposal, Stanford 20/20 continues to explore all sponsorship options. Stanford 20/20 now calls upon Digicel to act reasonably and to work together with the WICB, ECB and Stanford 20/20 to make the Stanford Super Series a success rather than needlessly prolonging this dispute.