When Shaggy took the stage in the wee hours over in Jamaica recently, there was little more he could to raise the tempo of a concert that had took the 45,000 William Knibb crowd by storm. The No Joke Entertainment produced Usain Bolt Homecoming celebrations fulfilled expectations beyond measure. 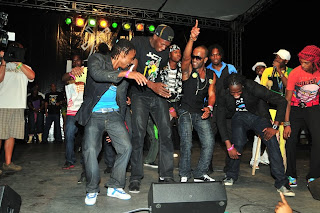 “The show was exquisite, we had high hopes but these were exceeded by the outpouring of support from the community of Sherwood Content and Surrounding areas,” according to Mario Lazarre Jnr, CEO No Joke Entertainment, “The artistes turned out and so did the dancers and made the show a fitting tribute to Usain.”

The events associated with the Hart Hill Usain Bolt Homecoming began on Friday September 19 with Usain Bolt doing a series of interviews with the international media Including Bryant Gumbel, BET and Vibe Magazine. The celebrations continued just last week with a press conference at the lush Grand Bahia Principe Hotel. There was then a fun day at the Waldensia primary school hosted by Miss Jamaica 2007 Yendi Phillips. The fun day saw the children of Sherwood Content and surrounding communities being treated to rides and a kiddie park. The children also received school supplies from National Meats/Hart Hill and were visited by the big man Usain Bolt before the end of the treat at 3 pm.

With the days’ activities coming to an end it was now then time for the night’s event to begin. The William Knibb High school was for several days the subject of heightened activity with preparations going at full speed. It was then no surprise when the crowds began to gather at the William Knibb play field, that many were awe struck by the level of preparation that had gone into the venue. The No Joke Entertainment production Team along with the Prosound crew were on point. The outfield was lined by National Meats/Hart Hill Mobile Meal trucks and the back stage was served with some of the most decadent treats from all over the world. 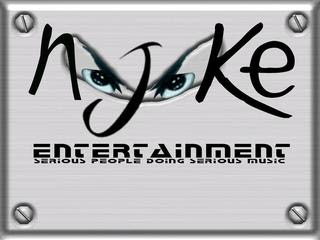 Artistes lined up to take the stage and give blessings to Usain Bolt; the audience’s applause reached a crescendo when Bolt Joined Ice, Ding Dong and Ravers Clavers in a dancing frenzy in front of an appreciative crowd that railed every step of the way.

Several artistes then came on stage and presented what can be considered one of the best stage shows Trelawny has ever seen. D’Angel gave what some believe was her best performance of the year; RDX brought added energy to the tens of thousands gathered. Wayne Marshall was his perennial best, Richie Spice was indomitable and Code Red was a crowd pleaser especially after taking a swipe at Carl Lewis, a notorious batty-rider who accused Jamaica’s shining hero of doping to win when s/he her/him-self knew of their own drug abusage to seek Olympic Gold. 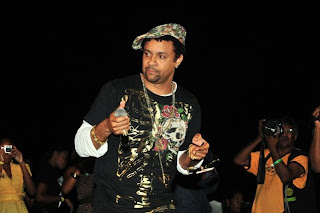 When Shaggy exited the stage at 2:00 am Sunday morning and MC for the night and deputy CEO of No Joke Entertainment Candice Buchanan called an end to the live activities of the Hart Hill Usain Bolt Homecoming celebration there was not much more that could have been done musically to celebrate the greatness of Usain Bolt.