The British Royal Navy Warship, HMS Iron Duke has been diverted to the Turks and Caicos Islands (TCI) and will be standing by to render assistance if required in the wake of Hurricane Ike. 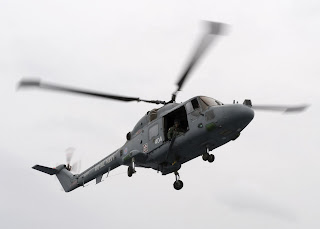 Ike will be the second hurricane to hit the Islands in as many weeks as Hanna struck in late August leaving them under the influence of torrential rainfall and high winds for over four days. HMS Iron Duke, when on scene early Monday, will be able to deploy First Aid and Rescue teams ashore, as well as engineering support as requested by the Governor. The key aspect is that her and her ship’s company will be available for that initial period once Ike’s initial impact has been felt and will be on hand to integrate into the local authorities plans on the ground as required. 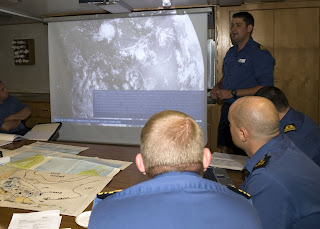 During the initial assessment phase HMS Iron Duke will deploy her Lynx Helicopter to conduct aerial surveys of the Islands, giving the local Government an initial picture of the damage assessment. Pictures obtained during that survey will be available to the National Emergency Operations Centre located on Grand Turk.

HMS Iron Duke?s Captain, Commander Mark Newland said ?We have recently completed tasking in the vicinity of the Cayman Islands, more specifically Cayman Brac that was affected by Hurricane Gustav. During this time we had an opportunity to refine our procedures and test our ability to respond. We now know what is expected of us and how we can best contribute to the operation on the ground in support of the local authorities.? 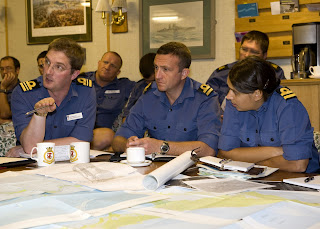 He went on to explain how this ship had been preparing: ?Ahead of our arrival, we have conducted some outline planning, familiarised ourselves with the Turks and Caicos National disaster plan and opened dialogue with the local emergency authorities. Only two weeks ago we were in the Turks and Caicos Islands where we met with the Disaster Management Committee and discussed Disaster Relief planning with the TCI Government, an occasion that allowed us to understand each others capabilities and limitations but more importantly to get to know each other, a facet which is already proving important as we discuss options post the Hurricane. We can now mobilise our teams more effectively and with much greater speed, knowing the exact areas of expertise required.?

HMS Iron Duke has been deployed to the Caribbean region since late June and has been involved in Counter Drugs work with the US Coastguard alongside providing re-assurance to the UK Overseas Territories. 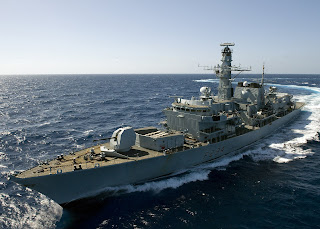 During her recent patrols, Iron Duke conducted a full scale Disaster Relief Operation on the island of Montserrat with the local Government to assess both the Islands National Disaster emergency plans and to exercise Iron Duke?s crew in their potential roles. Also more recently Iron Duke provided reassurance to the Territories of Grand Cayman in the wake of Hurricane Gustav.