HART HILL USAIN BOLT HOMECOMING: READY, SET… Sponsors of Bolt’s Homecoming have pulled out all stops to ensure all is ready by Tomorrow

The Hart Hill Usain Bolt Homecoming celebration has been long in coming and now all systems are go. Tomorrow Saturday September 20, 2008 all of Trelawny will make their way to the Waldensia Primary School and the William Knibb High School for what will be the event of the year. 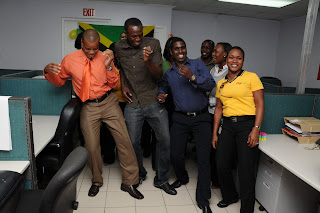 Security is also a major priority with Atlas Security and the Jamaica Constabulary Force being in charge of securing the venue and its surroundings. 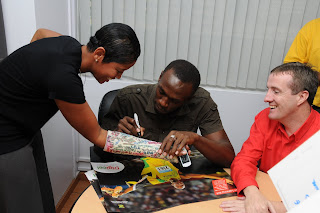 The launch of the day’s activities will begin at the Bahia Principe Hotel with a press conference at 10am to outline the day’s activities. There will then be a motorcade which will travel from the Bahia Principe Hotel to the headquarters of National Meats/Hart Hill and then to the Waldensia Primary School for the commencement of the fun day which will run from 11am to 3pm. 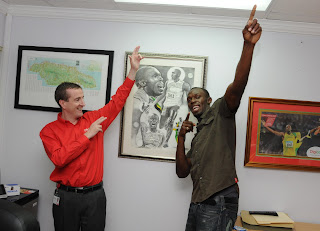 The fun day will feature a kiddie park and numerous games for the children of Sherwood Content and surrounding communities and will be hosted by former Miss Jamaica World Yendi Phillipps. Following the fun day is the Hart Hill Usain Bolt Homecoming concert at the William Knibb High School playfield. Gates will open at 6pm and show time is 8 pm sharp with the show ending at 2 am. The MC for the event will be Candice Buchanan. 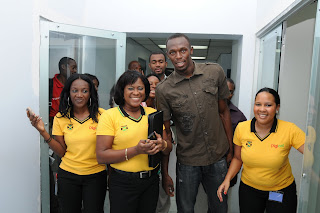 “Trelawny is ready, Sherwood Content is ready and Usain is ready. We plan to make this the event of the year,” according to Candice Buchanan, Deputy CEO of No Joke Entertainment, she adds – “The planning has been meticulous and the support we have gotten from the community has been phenomenal. National Meats/Hart Hill has gone all out to ensure that this event is a fitting tribute to the big man himself, Usain Bolt – On Saturday September 20, Trelawney will take it to the world!”