The Barbados Senior Football Team is ready for the 2008 Digicel Caribbean Cup (DCC)! So says Thomas Jordan, recently appointed head coach of the national squad, who said that based on what he has seen during the practice sessions, the Barbados team will be set for its Group D qualifying clashes against British Virgin Islands (BVI) and St. Kitts and Nevis in St. Kitts from September 26.

?The training sessions have been very productive. We have been training hard to boost performance, endurance and skills on the field and going through various drills as well as strategic attacking and defensive plays to ensure that we have a good chance in the tournament.

?We made a few adjustments to the formation, moving from a sweeper system to a flat back four in the 4-4-2 format but our strategy remains the same in terms of attacking and scoring as much goals as possible and being very compact in defense,? Jordan said.

Stephen Reid, team manger of the senior national football team, echoed similar sentiments, explaining that the sessions have been progressing steadily with a training squad comprising youth and experience, which should prove beneficial as the team tackles the British Virgin Islands (BVI) and St. Kitts and Nevis in its Group encounters.

?We are pleased with what we have been seeing during the practice sessions and practice matches. We are going into the tournament quietly confident about our chances. Our aim, at this point, is to convincingly advance out of Group D.

?The final 18 players are yet to be chosen and the coach now has some hard decisions to make. Based on the quality of players at the training sessions we are positive that the best team will be selected to represent Barbados in the regional competition,? Reid said. 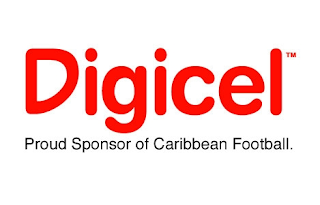 Fans will get the opportunity to meet some of the players of the National Football team who will be on hand this Friday, September 19, at the DigiCentre Swan Street store from 4:30 p.m. to sign autographs and take photos before they leave for St. Kitts on Monday, September 22.