Anyone recognize this dog? It’s now at Animal Control in Blackrock

Well, folks – STILL no word on Mikko the Retriever, Luke the owner is convinced the poor fella has been abducted, remember – Luke is willing to pay $1,000 just to see his baby again! Meanwhile, another dog has lost their home and is at the Pound at Black Rock… 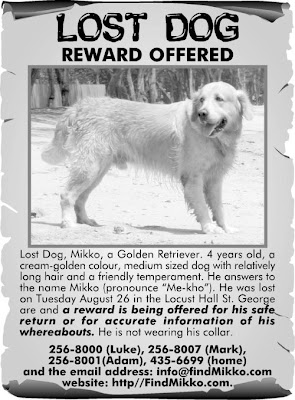 “Barbwire” {member of the Hope Sanctuary} just left Animal Control. This dog was picked up stuck between a fence and a wall in Rockley with a chain collar and the red rope. Appears to be owned by someone.