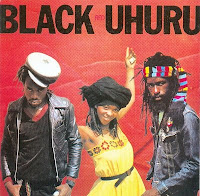 With the death of reggae king Bob Marley in 1981, some thought that reggae music had passed with him. However that assumption became short lived when Black Uhuru released the album Red‘ later that year. The triple platinum release was named the 23rd best album of the decade by Rolling Stone Magazine.

Black Uhuru was the 1st Reggae Group to win a Grammy award, 4 their Influential release ‘Anthem‘ In 1984

Considered a potent live act by critics and fans alike, Black Uhuru has toured with international music icons including The Clash, Rolling Stones, Bruce Springsteen, The Police and U2. The group is currently at work on a new studio album.