NB – I received this attachment with the following comment from Grenada… “Cross my heart! It is really a rain water tank, no two tanks, that are acting as the holding tanks for the sewage!! I attach another photo which shows the two tanks!!“

Re: Meeting with Citizens in Defence of Grenada?s Land?s and Heritage

Our grouping, Citizens in Defence of Grenada?s Lands and Heritage, wishes to thank you for affording us the opportunity of meeting with you and Permanent Secretary, Ms. Lana McPhail, to discuss a number of concerns relating to ongoing and proposed investment projects, particularly a number of tourism projects, among them Port Louis, Levera Resort and Hog Island – Mt. Hartman.

Based on this meeting, it is our understanding that you have given a commitment on behalf of your administration to:

We reiterate our request that forensic and environmental audits be undertaken of all of these projects. We stress the key role to be played by the Land Development Control Authority in the approval of these and other projects and reiterate our concerns about the capacity, competence and integrity of the Authority. We also stress the significant role of the Physical Planning Unit in the monitoring of these projects and the importance of the capacity, competence and integrity of this Unit. 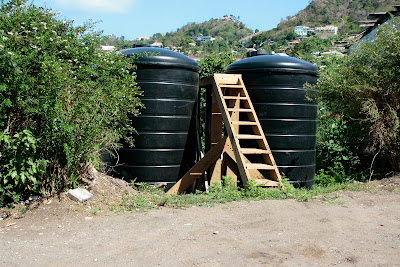 We take the opportunity to remind you of the opposition of the people of Grenada to the plans to erect cottages and other buildings on the Lagoon Park.

Once again, we thank you for your commitment to dialogue with civil society and look forward to continuing conversations with you and members of your Cabinet. We also look forward to decisive action to address concerns raised at our meeting.

Please receive, Sir, our assurances of highest esteem and regard;

For Citizens in Defence of Grenada?s Lands and Heritage