Reggae/Alternative songstress Tessanne Chin has received an official invite to join the Jamaican Olympic team in Beijing, China. The invitation came from the Chinese Government through the Jamaican ambassador to China, Mr. Wayne McCook.

Tessanne has been invited to perform at the Puma/Jamaican Olympic team closing party on Saturday, August 23, at the Puma Jamaica House at CJW. Tessanne’s manager Neil Robertson stated that it was a glorious opportunity for Tessanne, one in which she recognises that it is an honour to be able to represent her country on an international scale.

“China represents a market of 1.3 billion people and it is an honour for Tessanne to be chosen to be the one to bridge the gap between the Chinese community in China and Jamaica“, Robertson said.

“Excited and nervous at the same time“, was Tessanne’s reply when asked how she was feeling about this opportunity. “I am extremely honoured that I have been given this opportunity to represent my country in this way and I am going to shout on the top of my lungs for our athletes because they are doing extremely well at representing Jamaica,” Tessanne concluded.

Puma is one of the major sponsors of the Jamaican team at the 2008 Olympic Games. T 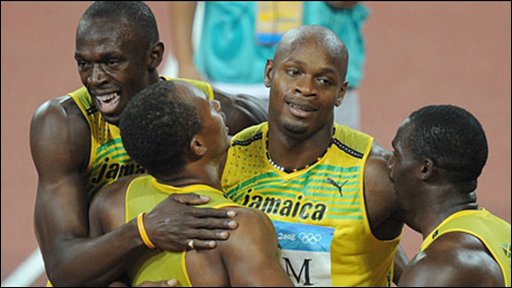 he Olympic Games is a high profile event and it shows that the company has taken a special interest in the Jamaican athletes and their efforts to make Jamaica proud as Usain Bolt did highlighting his golden Puma boots.

This may also open the doors to other promotional events both locally and in China. In attendance will be the entire Jamaica Olympic Team, the Delegates and Ministers, Coaches and other representatives of the team

When Tessanne returns from China she heads off to Trinidad and Tobago on Friday, August 29 for a performance. She then returns to continue working on new music.

Her current song Messenger, which she dubs her baby because it means so much to her, has been doing well on reggae charts and the video has been in heavy rotation. Her track Broken Melody on the Golden Gate riddim has been receiving much radio play.