“In brightest day, in blackest night,
no evil shall escape my sight!
Let those who worship evil’s might,
beware my power.. Green Lantern’s light!”
–Alan Scott, the Golden Age Green Lantern
[1943, credited to Alfred Bester] 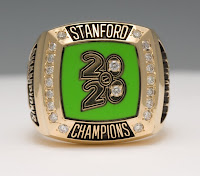 At a gala ceremony at the Hyatt Regency hotel in each member was presented with a personalized gold and diamond ring for their triumph in this year?s Stanford 20/20 Tournament.

? delivered an outstanding performance in 2006 when they were narrowly beaten in in one of the most exciting cricket matches of all time. The teamwork and dedicate demonstrated in the 2008 Stanford 20/20 Tournament earned them these rings which I am delighted to present to them this evening as a mark of their exceptional performance,? Sir Allen Stanford, originator of the Stanford 20/20 Tournament said. 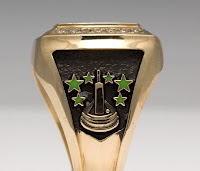 The stunning rings are made of 10k gold and feature twenty 2pt diamonds. Each diamond represents one of the twenty teams that participated in the glittering single elimination tournament which has revived tremendous interest in cricket in the since its inception in 2006.

In the final of the multimillion dollar regional tournament, played on January 24 at the Stanford Cricket Ground in , beat by nine wickets to win the top prize of US$1m and the title of regional 20/20 champions. 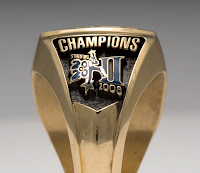 This is the list of the full squad who were presented with Stanford 20/20 championship rings: