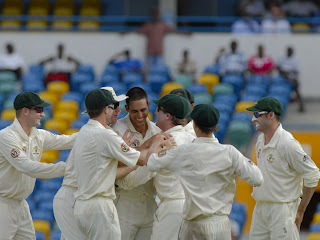 West Indies head coach says that since many pundits had predicted that the Australians would maul the West Indies in the Digicel Test Series and that has not happened that the home side has done well despite being 1-0 down in with the final Digicel Test hanging in the balance. 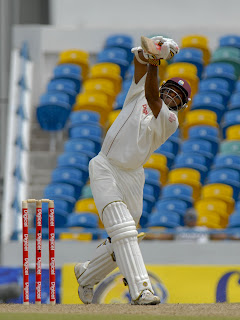 “In this particular series, considering that a lot of people thought that the Australians were going to come in and just take the series without any opposition at all and probably take it three nil, I think the guys have done a good job,” Dyson told reporters at the end of day two of the Third Digicel Test at the Kensington Oval where Australia in their second innings are on 35 without loss after being blown away for 251 in their first innings. West Indies replied with 216 and the visitors have a 70 run lead with all ten second innings wicket in hand. 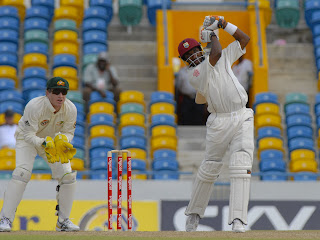 Dyson intimated though that the Caribbean public has to be more patient and not expect a complete overnight transformation of the team.

“We’ve played a couple of poor sessions, that’s something you can’t turn around in five seconds. This is one of the Caribbean conflicts that I have. People aren’t magicians, you just don’t click your fingers and all of a sudden everything turns around and is fixed,” lamented Dyson who took over the head coach role in the latter half of 2007. 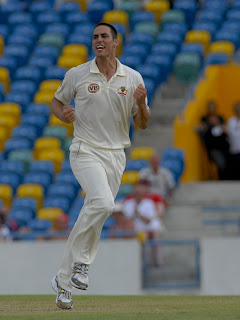 He blamed the poor regional First Class competition for inculcating bad habits in the players which are exposed and exploited at the international level by superior teams.

“You’ve got to look at a whole lot of things that contribute to this (inconsistent performance), you look at the sub competition (First Class) that the guys play in and the sort of cricket that they play and you see reflected exactly what we see out there (on the Test field),” said the 54 year old former Australian opener whose international career included 30 Tests.

“You can’t take guys that are playing that (the regional First Class competition) day in and day out, bring them in (the Test team) and expect them, with the click of your fingers to go ‘oh I’ll play a totally different style of cricket‘. You can play that way in the competition below, you can’t do that in Australia because the competition below is much stronger,” Dyson pointed out.

Dyson though said that despite this being a major concern he has not yet formally raised the issue with the West Indies Cricket Board.

And while analysts and commentators agreed that the West Indies top order played a series of poor shots which ended with their dismissals Dyson did not agree fully with the analysis. 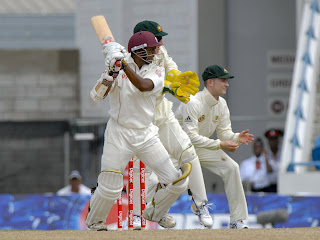 “I don’t think the batsmen throw it all away just like that, we’re disappointed with the batting effort today and the batsmen would be first to admit that,” Dyson revealed as he praised his main batsman Shivnarine Chanderpaul (79 not out) for batting beautifully.

“He (Chanderpaul) always does (make major contributions) unfortunately so far in this series some of the lesser profile players haven’t made a major contribution to support that and that’s a little disappointing and the guys themselves are disappointed with that,” Dyson said. 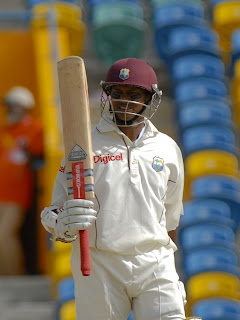 “I don’t know about being soft dismissals, it’s a very, very fine line, you want players to be aggressive, particularly on wickets that offer a bit of pace and bounce but on that fine line where it does not come off you want to term it “throwing it away“, I don’t quite follow that,” Dyson said quizzically.

“We’re not converting our 20s and 30s often enough, occasionally the execution isn’t spot on and occasionally you get out to a superb catch or superb piece of fielding,” Dyson said in defence of his batting line up.

And the Windies coach reckons that despite a 70 run advantage for Australia going into the third day’s play and with the West Indies having to bat last on what will be a worn pitch the match still hangs in the balance.

“I score the game at the moment as being even, there’s three days of cricket left, we’re going to have to bowl exceptionally well and bat exceptionally well in the final innings, I don’t see the wicket breaking up so it will be an interesting game from here in,” Dyson assessed.