With the 2007 launch of Tip Top Ice Creams imminent in Barbados and the Caribbean, Brydens Distribution called on the Agency to create a jingle that would set Tip Top apart from the competition, reflecting its quality and unique range of flavours.

In response, the Agency served up an edgy and appealing pop and hip hop mash up confection. Conceived and penned by Carolyn Vaughan, one of the Agency?s copywriters and production supervisors, the jingle was brought to life by the Red Boyz, who wrote the music and produced the track.

Brand Manager for Tip Top, Merle Hefer, points out that the jingle has met with great response in regional markets and within the company itself, playing ??loud and proud at all the Tip Top launches throughout the Caribbean & Peru and at the Tip Top factory in New Zealand.?

Now with the sweet taste of awards success to add to its many flavours, Tip Top is sure to keep on taking it to the top! 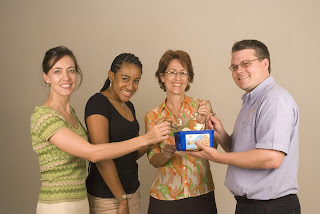