Commencing from November 1, 2008, the series of five annual ?winner takes all matches? will be hosted at the spectacular Stanford Cricket Ground in Antigua, where the Stanford Super Stars will defend the pride of the islands against England under the lights and electric atmosphere synonymous with Stanford 20/20. 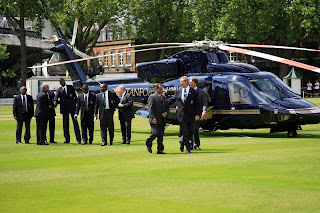 According to Sir Allen Stanford, Chairman of Stanford Financial Group, and founder of the Stanford 20/20 tournament, the confirmation of the series was another great step forward for cricket in the Caribbean:

I can?t think of a better example of the people who personify this rivalry, will to win, and mutual respect more than our guests today Sir Viv Richards and Sir Ian Botham. Their values and fighting spirit are also everything that Stanford 20/20 cricket represents and strives for?. 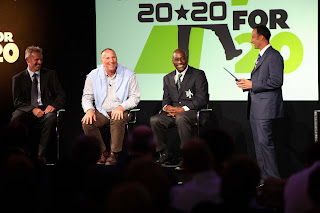 Months of planning with the ECB and WICB have resulted in the series being confirmed as ICC authorised matches. ECB Chairman Giles Clarke explained that the new series represented the boards? commitment to supporting the world-wide growth of 20/20 cricket and the opportunities for its players:


?We are extremely delighted that Sir Allen has chosen to work in partnership with the ECB. These matches will offer a chance for not only international cricketers but cricket at all levels – both here and in the Caribbean – to benefit.

It is a hugely exciting time for cricket and particularly Twenty20 cricket?.

According to the WICB President Julian Hunte, the Stanford 20/20 for 20 will play an increasingly important role in developing cricket in the region:

?[This] is an important day for West Indies Cricket and our emphasis on cricket development. The goal we have set ourselves in our strategic plan is to regain our rightful place at the pinnacle of world cricket by 2012. To achieve this goal we need to have more people, especially our youth, developing a passion for the game. The financial support, and the partnership with Stanford 20/20 and the ECB are pivotal to the future of West Indies cricket. Right now, we are everybody?s second best team. In four years we will be the best team in the world.?

The Stanford 20/20 for 20 is the latest sporting sponsorship confirmed by Sir Allen, and is part of an overall investment plan for developing the profile, future players, and renewed success of West Indies cricket. The Stanford Financial Group is also the title sponsor for such sporting events as the Stanford US Open Polo Championship, the Stanford USPA Silver Cup, the Stanford Antigua Sailing Week, the PGA Tour Stanford St. Jude Championship and the Stanford International Pro-Am.