Kassav, the leading band to emerge from the formative years of Zouk music, will be among the premier acts performing at the 12th Annual St. Kitts Music Festival, which will take place from June 26-28, 2008. 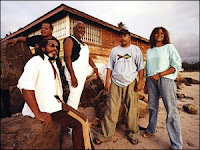 Kassav was formed in 1979 by Pierre-Edouard D?cimus, a long-time professional musician. Working with Freddy Marshall, the two decided to take popular Carnival music and give it a more modern and polished style with a pan-Caribbean sound combining elements of komba, salsa and calypso music. The group?s first album, ?Love and Ka Dance? released in 1980, is widely credited with establishing the sound of zouk music. Kassav has produced more than a dozen albums during their nearly 30-year career, the most recent being ?All You Need is Zouk,? released in 2007.

?We are extremely pleased to welcome Kassav to the St. Kitts Music Festival for the first time ,? said Senator Ricky Skerritt, Minister of State in the Ministry of Tourism, Sports & Culture. ?These legendary zouk musicians are an excellent addition to the line-up of performing artists for our Music Festival, which is widely recognized for showcasing a mix of musical styles while reflecting a uniquely Caribbean flavor. I am certain that the members of Kassav will discover a warm, welcoming destination and an event where people from across the globe are brought together in a community-like atmosphere by a shared love of music.?