Lil Lion is emerging as one of the young stars on the Jamaican and New York music scene with the release of his debut video Certified Clubbin. Lion’s Certified Clubbin was premiered world wide on Suzie Q’s Video Alley artiste spotlight on May 17 and his second video LION which has garnered him a cult following in the US was released a week later.

The video for Certified Clubbin is overlayed on a Jah Snow Cone Productions beat and was directed by Dean Thompson and Dennis Thompson Jr. and Produced by Daine Clarke for Mel-Shar Entertainment. The video for Certified Clubbin was shot on the Streets of the Bronx New York and feature real life shots of Lil Lion’s environment. The video has an authentic vibe and illustrates why Lil lion has become so popular so fast. 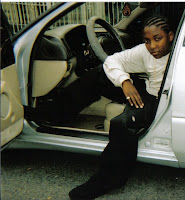 According to Phlex of one876entertainent, “Lil Lion is just a teenager but already, he has become something of a legend in his community with his crazy hair all over the place and his easy manner with people who love the fact that he spits rap rhymes while still representing his Jamaican roots.”

Such is the swagger and confidence of Lil Lion that he chose to premier two wicked videos in consecutive weeks.

Lil Lion’s second video is dubbed LION and has a different flavour to the first. Lil Lion is featured touring the streets of New York explaining to the fans why he is a lion. Also directed by Dean Thompson and Dennis Thompson Jr. the video is of a good quality and has been very popular on YouTube since its release.

Lil Lion continues to build his career and will journey to Jamaica this summer for a series of shows to introduce Jamaica to his style and flavour. Lion will continue to work with produces like Jah Snow Cone to develop his talent while being an ambassador of positive music.