When Barbadian singer, Philip 7, hits the stage, the edgy alternative/rock sound that resonates from his powerful frame is the last thing audiences expect to hear. With an inborn love for music, Philip 7, aka Philip Scantlebury, has carved a niche for himself in a musical genre not typically known for its West Indian roots.The Sunday Gleaner spoke with the easy-going Barbadian singer while he is in Jamaica working on new singles. Having done four months of steady vocal training, Philip 7 has a powerful, raw vocal talent that has made him a blossoming artiste in Barbados.

However, while Philip is currently a musical success, music wasn’t something that he pursued while growing up. “Music got involved with me. It’s fate, really. I tried running from music all my life, having never participated in singing in school or being on the choir, but music is the only thing in my life that kept coming back to me,” he said.

Philip’s stint in music started over a decade ago when he began performing with the Barbadian R&B a cappella group, Suave. Shortly after the break-up of Suave, Philip was invited to audition for the blues and soul band, Acoustic Blue. 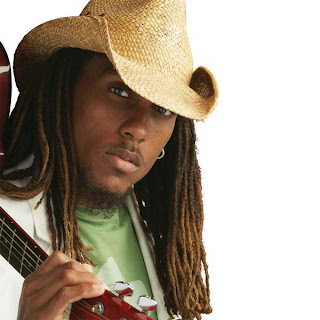 With a successful audition, Philip’s growth and evolution as an artiste began, and it was while with Acoustic Blue that he got bitten by the rock bug.

Eventually gaining a spot on the local nightclub circuit, the band changed its name to Le Groove and began performing at McBride’s Irish Pub.

Under the name Le Groove, Philip recorded six original tracks, notably Without You and Where Were You?

While alternative music is not as popular as reggae in Barbados, Philip soon had a following of fans in his homeland.

He explained, “I started off singing an alternative flavour but I have more range to my music, having to try to appeal to everyone, so I play anything from R&B, hip hop, reggae, soul and jazz.” In 2005, Philip merged with the alternative band, Masala, and together they tirelessly rehearsed and fine-tuned their sound to set the band apart from any other.

However, Philip believes his first big break in music came with the single, Beautiful Surprise, which was then remixed into a reggae version by Clive Hunt at Harmony House in Jamaica. “Beautiful Surprise right now is the song everyone in Barbados knows me for. Everyone thought it was an American singer at first,” he explained. Philip’s talent was soon recognised in his homeland when he was awarded ‘Best Rock/Alternative Artiste‘ at the third annual Barbados Music Awards.

With the success of Beautiful Surprise, Philip has been working with Barbadian producer Gary Serrao and Canadian-based international producer Derek Brin with new alternative tracks, Nothing Left to Say and Unconditional. 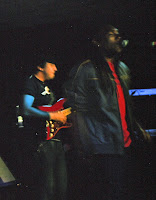 Philip has released a soca song, Bring Di Wuk, which he hopes will make it big for Barbados’ upcoming Crop Over season, as well as the R&B song, Silence Me.

While in Jamaica, Philip has been working with producers such as Bulby, Stephen McGregor and Jeremy Harding, among many others. He hopes by the end of the year to release his first solo album, but he hasn’t decided which genres of music will be featured. In the meantime, Philip is looking forward to a bright career in music as he says, “I am music. It’s my love and passion.”