WI Coach likes fighting spirit and effort made towards victory, but improvement must be constant – Team members agree 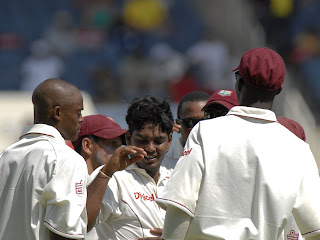 “We go out there to fight no matter what the situation of the match, when we went out to bowl this afternoon we said this is what we need to do, this is how we’re going to do it and the two of them (Daren Powell and Fidel Edwards) did it beautifully,” Dyson told reporters at the end of the third day of the First Digicel Test at Sabina Park where Australia were left in tatters at 17 for 4 with Powell and Edwards blasting away the top order. 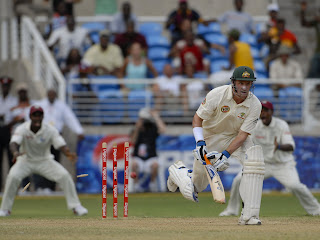 The West Indies, led by Shivnarine Chanderpaul‘s resolute 118, made 312 in response to Australia’s first innings total of 431. Australia has an overall lead of 136 with six wickets in hand. 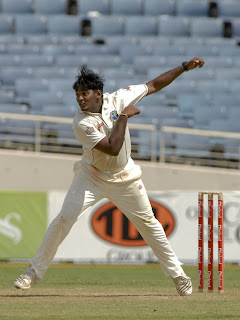 Dyson was lavish in praise for his fast bowlers and Chanderpaul’s defiant century but said that he would also like to see the younger batsmen capitalize on opportunities. 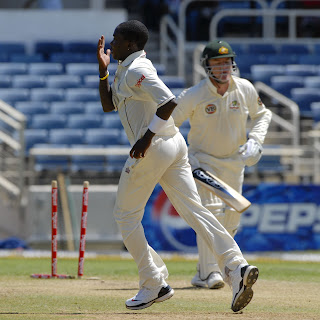 Meanwhile – West Indies pacer Fidel Edwards who picked up a sixth career five wicket haul in the opening Digicel Test against Australia at Sabina Park said that missing main fast bowler Jerome Taylor in the final eleven to a back injury meant he had to put in an extra effort for the team.

“Taylor was a big miss and also Chris (Gayle) and going in (the Test match) without him I thought I really had to put in a big effort not for myself but for the team,” Edwards told reporters at the end of the second day’s play when he picked up 5 for 104 from 26.5 overs. 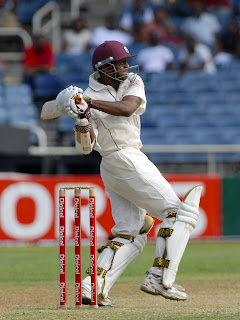 “The Australians have a lot of good batters and I had to put in the extra effort to get the guys out,” the right arm quick who hustled the batsmen with fiery pace further explained.

“The skipper wants you to do the job and you always find yourself giving a bigger effort as the main strike bowler in the team,” said the 26 year old who made his debut at Sabina Park in 2003 against Sri Lanka when he picked up a five wicket haul.

Edwards said he was striving to work toward the team’s game plan.

This as debutant West Indies off spinner Amit Jaggernauth said that it was a major challenge to enter into the fray with batsmen the calibre of Ricky Ponting and Michael hussy at the crease but that he thought he acquitted himself well on the opening day of the First Digicel Test at Sabina Park on a pitch which did not offer much assistance to spin bowling.

“Being given the ball with Ricky Ponting and Michael Hussey at the crease was a huge challenge, I thought my performance in the end was a decent one, I handled it well,” the 24 year old from Trinidad said.

“I didn’t look at the individuals names but I tried to bowl at the batsman and tried to work on weaknesses that I saw or try to bowl to the specific areas that was asked by the captain (Ramnaresh Sarwan),” Jaggernauth told reporters at the end of the first day of the first encounter of the three match Digicel Test series.

He said that after an initial assessment he immediately realises that there is a lot of room for improvement.