Tempro & Archer carry Barbados to a tie in Aiken polo

Barbados chukkas well in American polo in a better showing than what the South Carolinians expected as we learn from this Aiken Standard report (As always, Americans must be different, their way of spelling for each polo-quarter is different from the UK or ours: CHUKKER as opposed to CHUKKA)- 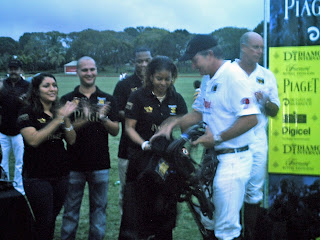 Barbados’ Wayne Archer was very impressed by the social functions and the hospitality shown to the Bajan players by Aiken as a community.

Richard Gooding scored a key goal for Barbados in the third chukker to change the momentum of the game.

“It was a great, fun game,” said Gooding. “It was our first game here, so we had to adjust our play during the game. The horses were all fantastic. We’re going to play Sunday with the same team.”

Team Barbados continues to build on the success they enjoyed during The Glenlivet International Polo Series. Barbados’ Philip Tempro was one of the Bajan players who played in The Villages in Florida. The Bajan players are playing horses provided by their hosts in Aiken.

“This is my first time playing in Aiken,” said Tempro. “The Villages put on a very nice tour for us. Gary Morse is exceptionally giving.“ 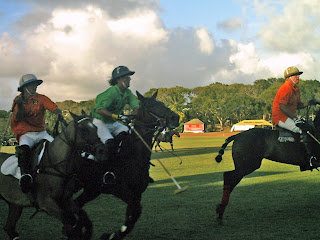 The Bajans drew the SC team to six-all at Meadow Hill; it seems the Americans host matches earlier in the day than Bajans – 1:00 pm for an 8-goal tournament, 2:00 pm for a 30-goal match then 7:00 pm is their sale for ponies.