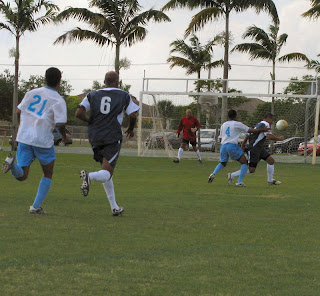 With over 600 spectators STGCFL defended their crown for the 4th year in a row to claim the coveted Ziadie Memorial Cup trophy. The STGCFL team included all the sons of Dennis Ziadie.

The JCOBAFL team scored a goal just before half time. In the second half STGCFL equalized and then went ahead scoring 2 other goals. Chris Ziadie was presented with the ?Man of the match the trophy?. 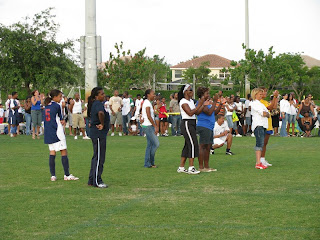 The JCOBAFL and STGCFL senior team match ended in a 1-1 draw.

The Annual soccer match between JCOBAFL and STGCFL is in memory of Dennis Ziadie, who coached both schools to Manning Cup victories. This year will mark the 22nd year of the death of Dennis Ziadie in a car crash in Mexico at the 1986 World Cup.