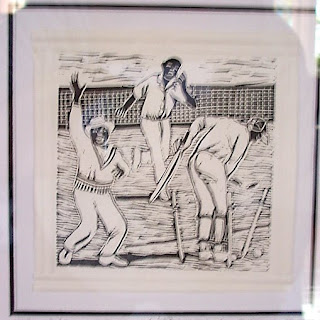 Yesterday was running around in the morning on some errands for my mum, and had to pass at Pelican Gallery by the B’dos Arts Council… Was finally able to get a glimpse of the Clairmonte and Joshua Mapp exhibit of “Seven Degrees North…” and was not completely convinced I missed a great deal. 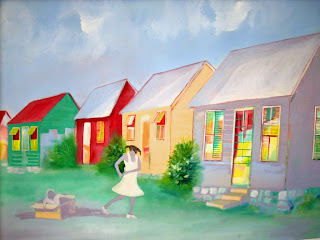 There were large paintings with simple names like “Baby Sitter” and a not so simple price tag of $6,000.00! 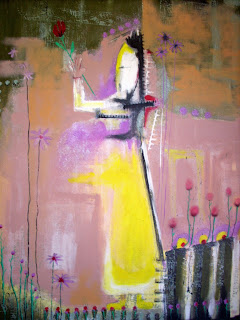 There were equally big canvasses with more pretentious titles like, I speak under correction here as I was rushing and no notebook – “Visiting Time in the Garden of Gethsemane” which was looking for $10-K to be in a living room somewhere! 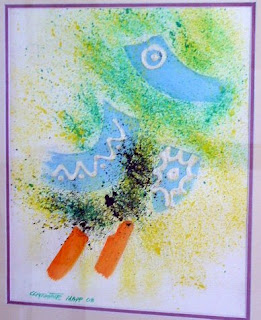 He is trying to be Picasso and failing miserably, he should do like Juliana Inniss and keep the prices reasonable for his works. 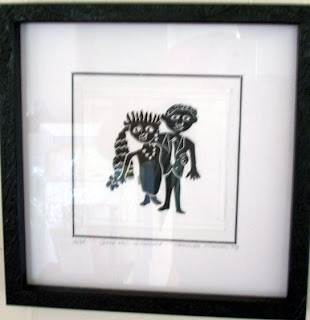 Joshua’s lino cuts have a much better chance of moving, these are under $200 a shot, this is not to say that all Mapp Sr does is unworthy… 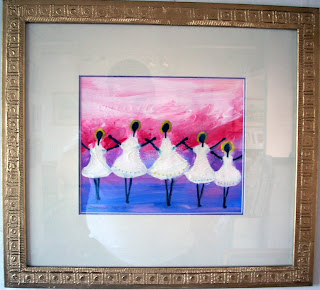 There is a very intriguing mixed media piece called “Encore” which appears to be row of black ballerinas. He has some intricately detailed watercolours, but these have tags of $1,200 to $1,800! 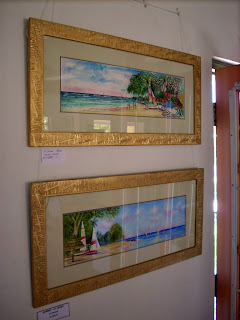 But as I always urge my readers, do not just take my word for it – go and form your own opinions, you have Monday & Tuesday left!