JAH CURE MESMERISES CARIBBEAN FANS – Reggae Star dished out an hour and a half of conscious tunes, bringing many female fans to tears

Very few Jamaican artistes have the ability to bring out record crowds outside of the island and even more difficult, maintain this form year after year. This year Jah Cure has upped the ante.

Jah Cure’s three country tour of the Caribbean which began in St Kitts on April 26th 2008, still has the Eastern Caribbean and the Reggae world talking. 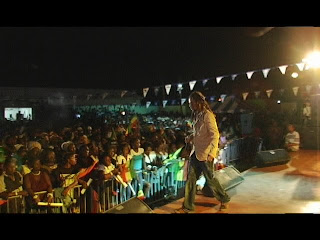 St Kitts Vibes Entertainment recorded recently, “Jamaican mega Reggae entertainer “Jah Cure” performed in front of the largest crowd ever at Carnival Village in St. Kitts as thousands rushed to get a glimpse of ‘Cure‘. Scores of cheers and applause echoed from the excited audience as Jah Cure dished out an hour and a half of conscious tunes that included True Reflections, What Will it Take, To Your Arms of Love and Longing For, bringing many female fans to tears with his timeless hits.”

With a sold out concert in St Kitts behind him, Jah Cure maintained his momentum by giving a spirited performance at the Digicel Reggae on the Hill 2008 Concert in Barbados receiving three encores from a crowd of 25,000. Jah Cure continued with his message of peace and love and even won commendations from the Prime Minister of Barbados David Thompson, who confessed he was an ardent fan of the artist.

Jah Cure also broke another record this month by bringing out 18,000 fans in St Maarten at their Carnival 2008 Reggae Show. Jah Cure brought out the largest crowd ever to attend a stage show in that country and road manager Dean Dryden was overwhelmed by the response of the St Maarten fans. 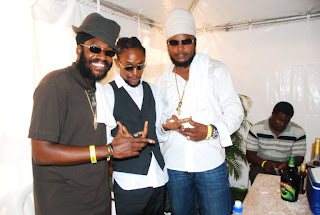 “Jah Cure had four encores and to top that off brought in a record 18,000 people for the largest reggae audience ever in St Maarten,” Dean Dryden, Jah Cure’s Road Manager bragged, “Cure entered the stage at about 1:30 AM singing Longing For and the audience sang along word for word. Some of the ladies screamed ‘Jah Cure I Love you!‘ with outstretched arms while the crowd rocked to his every word.” 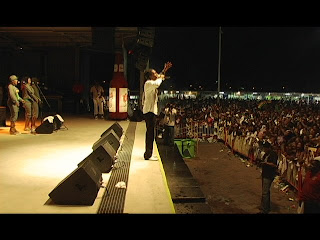 This is not the first time Jah Cure has made history; In St Lucia on November 30, 2007, the Mendo Phillip Park was at capacity with eight thousand. At ‘The Next Chapter‘ in Trinidad on December 15th last year at the Hasely Crawford Stadium in Port of Spain more than 15,000 patrons came out to experience the cure. In the Turks and Caicos on December 24th, the Williams Auditorium got its largest crowd for 2007 with over four thousand patrons and over 15,000 fans came out in full force in Suriname on the 29th of December to culminate Jah Cure’s Successful Year.

Jah Cure is now getting ready for his multi-country tour of Europe in June and July, which will see him visiting Germany, Portugal, Sweden, Norway, Holland, Italy and many other European states.

Also look out for the release of the Journey video this month directed by Jay-Will and his Danger Zone/SoBe Entertainment “Jah, The Universal Cure” album Slated for a fourth quarter release in 2008.