You always need to check dead-tree editions of Nation and Advocate, don’t rely on the internet version alone, as a lot can be missed! Happened to take a glance at the Friday 16 May edition of the Weekend Nation and tucked away in the top right corner of page 4 is a notice… 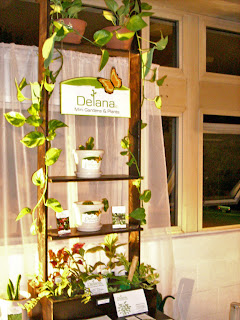 Which states that In-Transit at the Barbados Community College was extended for another three days! Can it be? Did not this very blog express disgust that speeches were long and the displays were so short? As in, wrong way around? 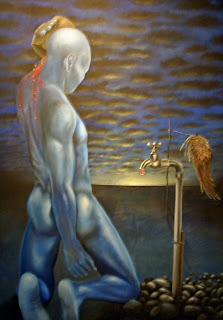 The viewings ran from 9:00 in the morning to nine in the evening at Morningside wing of BCC. Now the show has come and gone, I want for future artists pursuing Bachelor of Fine Arts & Graphic Design to learn this… 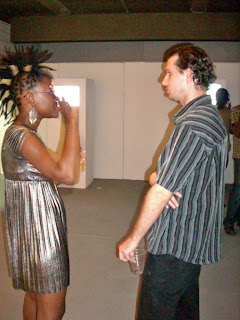 Do not sell your birthright for a mess of pottage! I understand BCC expected those showing at Morningside to contribute 20% of any sales – and they learned this on the night of the show? I would purposely wait until after the show and have the work at my home before a dollar change hands.

Most Universities and Colleges have the decency to warn you at the start of a semester that any works sold on their premises during your stay can incur an agents’ fee of say, 7 to 15 per cent, not really above or below that – but at least you know what to expect and you’re not blindsided the night of your debut exhibition! 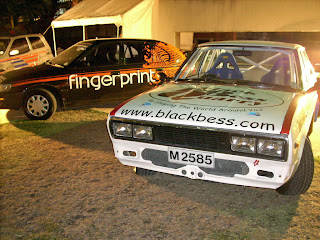 Tut-tut, BCC, praise for adding to the show – but a big-able cuff for trying to jook out the students’ eye without due warning!

I was to have dealt with another topic for ages, but the death of a good friend & colleague sent everything for a loop – I make amends now and hope that significant folks visit and are suitably impressed… 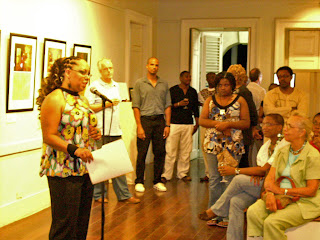 I refer to “Sign Of The Times” at Queens’ Park Gallery, curated by Nerys Rudder, it is the 22nd show from the National Art Gallery Council with 14 artists and a catalogue – appropriately enough – cut onto DVD via local digital entity, vividview (who did work with Kite last year).

The featured speaker was Ricardo Redman, a teacher at BCC’s Fine Arts division as well as founder of Acutevision (former webmaster of CBC’s website), a web design company. 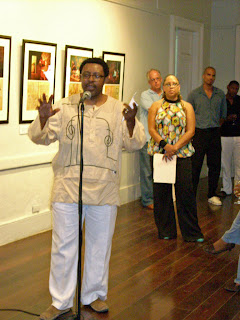 In his view, digital art is a medium and not a process – it is technology that makes it easier for users to capture and disseminate moments via photographs, videos and other cybernetic tools.

Ricardo added this makes a contributor to Facebook, or the designer of a new wallpaper or screen-saver or ringtone for a mobile an artist without being aware of it. 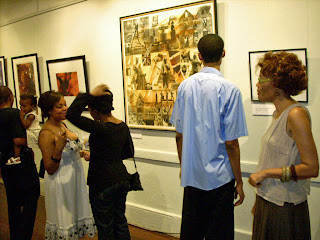 He does not like the fact even in this day and age when everyone wants posters and similar items to appear slick and have a “WOW” effect, that some students may lose half a point or mark for using digital to create the very effect folk desired! 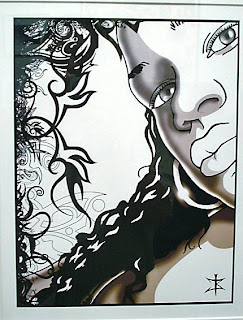 If people hold too long to given methods then they’ll lose sight of where changes have evolved – podcasts, blogs, or even text messages are all mediums of expression to create new forms of art that those too static to see will lose track of in the end. 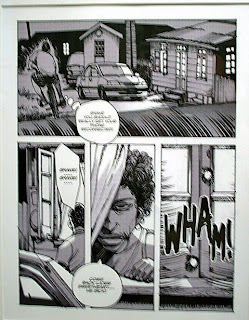 Rob Leyshon, Will Cummins, plus Ewan & Arthur Atkinson all lent their works to the show which runs until the end of May. 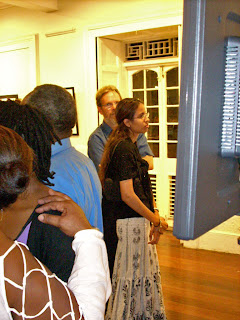 Bill Grace uses digital video to run a moving version of his ubiquitous mandalas; Sheena Rose also had a video on display of her dream where a dog drove the car; Neil Sorhaindo showed one of his earliest works examining what really is it that makes for normal in a world that is also allegedly SANE?

Deborah’s Tattoo, Heart Man and Khalil Goodman’s altered selves are all intriguing – it begs the question if digital technology is the forerunner of the Tiers Of Worlds that Philip Jose Farmerhinted at so long ago?