The Digicel Kick Start Clinic’s Journey of Champions began last week when the eight Caribbean boys, selected by International footballer John Barnes, travelled from Jamaica to the UK to train at Sunderland AFC’s Academy of Light. The eight Digicel footballers were greeted by unseasonable snow as they landed at Gatwick in London on April 6th; they then headed to Sunderland by train to begin learning at the Academy on April 7th. 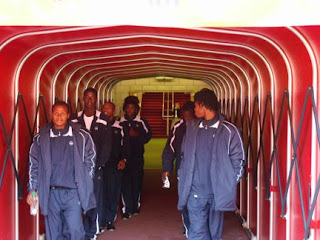 On Day one Andrew Murray (Guyana), Joseph Guemsley & Renaud Brisley (Haiti), Gerard Williams & Devaughn Elliot (St. Kitts), Emilio Limon (Suriname), Leston Paul (Trinidad) and Akeem Brown (Jamaica) were greeted by Ged McNamee, Sunderland AFC Academy Director. Each Digicel player received Umbro training kits, given the club rules and regulations and underwent fitness training and tests. Due to the snow, the boys were unable to train outside and were taken to an indoor pitch to train with the Sunderland reserve team. 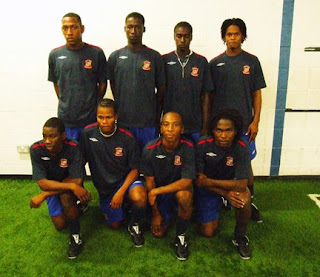 On Day two, the snow had melted and the boys were able to train on an outside pitch. Due to the boys’ ages and size, the Digicel players were separated: three boys (Brisley, Williams and Limon) went to train with the reserve and the remaining five trained with the youth team. Ged McNamee explains the separation: “We think it best for the boys to be equally matched in order for them to get the most out of training and this also allows the coaches to assess the players against the recruitment criteria and to observe their potential to determine whether the players could progress further.“ 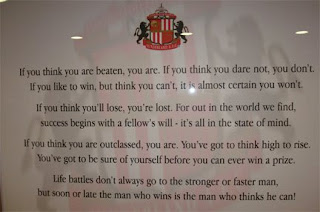 At the end of training on Day two, the Digicel footballers were taken on a tour of the Sunderland AFC’s Stadium of Light. From immaculate changing rooms to the well equipped press room to walking through the player’s tunnel, the boys were shown what it would be like to play for a premier league club. 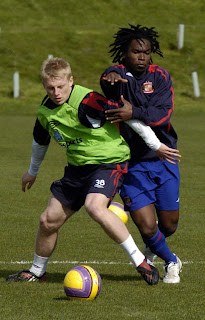 With the boys’ excitement in full gear, the Digicel footballers now enter into Day three of training when Sunderland Club manager Roy Keane will observe the Caribbean talent. 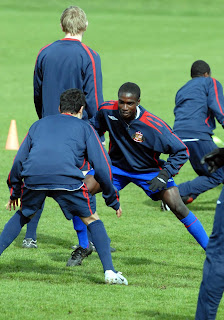 Sunderland’s Academy of Light training ground is a multi-million-pound, multi-purpose building that has catered for Sunderland players since it opened in March 2003, and remains one of Europe’s leading training complexes.

The state-of-the-art facility caters for a player’s every need, boasting nine full-size football pitches and a wealth of indoor facilities including a swimming pool and a fully-equipped gymnasium.

The Academy part of the building, which is specifically for the club’s younger players, also includes a number of classrooms with modern computers to help educate young players while they’re with the club