A team from the St. Kitts Electricity Department visited Nevis this week to observe the ongoing operations up close at the West Indies Power Nevis Ltd. geothermal energy drill site at Spring Hill. 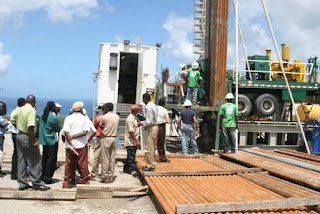 Head of the team Mr. Bertille Browne Superintendent of Transmission and Distribution on St. Kitts, told the Department of Information that the 13 member contingent made up of technicians was on a fact finding mission.

?I am with a group of engineers and technicians who come to look at the operations here for the geothermal project. We are basically looking at the technical aspect of it because one day in the future we may have to make technical decisions if there are any interconnectivity between this project and our system in Nevis.

?What I learnt is that of a three stage system the binary system, the single flash and the double flash they are at the stage where they could get a single flash system running and they are very optimistic that they could get a double flash system running which would be much more efficient. If it is successful they would be able to supply both St. Kitts & Nevis and other surrounding islands from it,? he said. 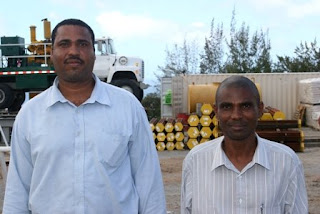 According to Mr. Browne, the single flash and double flash are basically a temperature at which the steam is produced coming out of the ground which would determine the efficiency of the generators at the power station.
During site visit, the team was given an overview of the operations by West Indies Power Nevis Limited’s Chief Executive Officer Mr. Kerry McDonald what the company?s plans were and how a geothermal system worked. He said they looked at the drilling, the soil samples and the various drill bits. 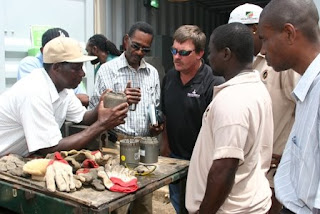 Mr. Kevin Bennett Superintendent for the Needsmust Power Station in St. Kitts who was also part of the delegation described the visit as a very unique experience, one in which they were able to explore the different potential for energy.