Pamela Anderson gets back to reality on TV: Playboy founder appreciates

Pamela Anderson is returning to the small screen with her own reality show, where she’ll try to give us a taste of her Hollywood lifestyle.

E! announced they would be bringing the Baywatch star back on TV with a 30-minute long documentary-style show. Fittingly, the show will be titled “Pamela“.

Sources reported that the series is set to air on the U.S. cable TV network in this summer. 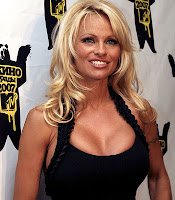 “The series will offer an unprecedented look inside the life of one of today’s most iconic superstars in the style of a uniquely shot documentary film,” Randy Barbato, managing director of World of Wonder Productions, said in a statement.

While the U.S. cable network’s executive vice president Lisa Berger says: “E!’s cameras capture Pam’s fabulous adventures, emotional journey and all the surprises that come along the way. It’s going to be a wild ride.”

Surely the film will show the last Pamela’s surprise: the 40-years-old actress danced naked (only with high heels) in a hotel in Las Vegas for Playboy owner Hugh Hefner on his 82nd birthday.

Certain to be an “interesting” show.