Magnum Kings and Queens of Dancehall Delivers: Success of show vindicates decision by producers and sponsors of the competition to invest millions 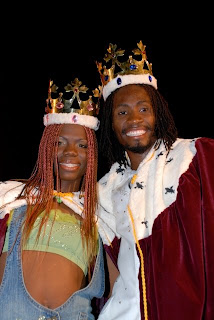 Patrons from as far as May Pen and Negril descended on the Weekenz Bistro and Bar to watch the crowning of the ultimate Magnum King and Queen of Dancehall. Magnum Kings and Queens of Dancehall has, for the past fifteen weeks, been exposing new and diverse talent to the masses. The success of the show has vindicated the decision by the producers and the sponsors of the competition to invest millions of dollars to expose true Jamaican Sing-Jays and Dee-Jays to a world audience. 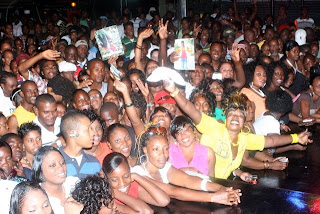 Throughout the past fifteen weeks, dozens of contestants from all parts of the island were whittled down to a final four who came to the Weekenz Bistro and Bar to vie for the crown in one final clash. The night began with the last ten finalists taking the stage and presenting some of the tunes that have allowed them to enter the hearts of many Jamaicans.

Of note was the performance of Tellah who, eliminated on April 12th had the large crowd eating out of her hands with her captivating performance and Singer Jah who announced his arrival on stage by shouting “Rasta, Rasta, Rasta” causing the crowd to roar with excitement. 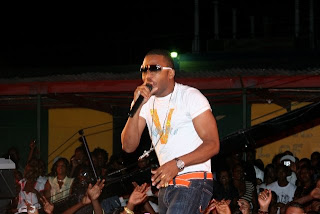 There were also cameos from mainstream artistes who came out to give their support to the young talent. Assassin graced the stage with his usual energetic performance and Ginjah pleased the audience by doing a rendition of his hit Rough Times with his brother and eventual winner Singer Jah.

Magnum Kings and Queens of Dancehall has been accepted by all levels of the society and people from all corners of the island were on location cheering on their favourite of the top four. 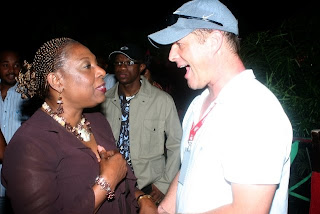 “The competition is a good move and I am happy that there is a competition that truly represents our music and gives our young talent a chance to shine,” was the opinion of Culture Minister, Olivia Babsy Grange.

The presentation of the winners of the Magnum Kings and Queens of Dancehall was filled with pomp and pageantry with Singer Jah and Baby Tash being Crown and presented with their rings by the Minister of Culture. Magnum Kings and Queens of Dancehall presented the two winners with half a million dollars each and will sponsor the production of a single and a video to kick start their careers. It was a regal affair the type never before seen in a competition on Jamaican prime time television.

The King and Queen: Singer Jah and Baby Tash now reign supreme over their competitors having amassed the wide support of Jamaicans all over the country. Based on this overwhelming support for the competition and the contestants, the producers are planning to make Magnum Kings and Queens of Dancehall 2008/2009 bigger and better.

“We are very happy with the acceptance of the competition by all of Jamaica. The talent that has come out is of the highest quality and I am confident that many of the contestants who came through the competition will go on to have great careers in the music business,” Mark Kenny, Executive Producer, Magnum Kings & Queens of Dancehall continued, “We can guarantee that next year’s competition will be bigger and better and will be filled with many surprises that will indeed bring joy to the fans.“