I want to know what kind of mirror image do you have of yourself?

Why should only one man have a mirror image of you that you do not want to have of yourself?

What kind of society are we striving for? 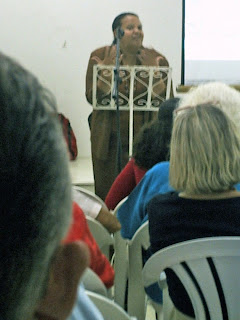 As part of a series looking at the Barbados Museum & Historical Society’s (BHMS) 75th anniversary, their curator Alissandra Cummins split the Society’s history into sections and sub-segments… She referred to trajectories, but it seemed more like the leadership which was reflected in the accumulations in various periods…

Connoisseurship and Contemplation ? 1950s to 1970s

The nature of those acquisitions she decided to leave to Art Historians, but in her view they can be considered as – People, Places, Things & Events. The Museum’s actual birthday is Friday June 23rd 1933, and one of the main earliest characters involved in the BHMS’ development was Eustace Maxwell Shulston, who was lauded as an antiquarian. 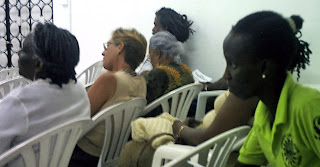 (During the lecture – An interesting tidbit which kind of slipped from the present curator is the fact there are no qualified conservators in Barbados. Afterwards I asked about the space available and she says they’re waiting for CXC next door to move out as they have partially claimed the place, Block “B,” but are only using the top floor)

Many grants were obtained from the USA from charities like the Carnegie Institute by Thomas Shepherd, whose original calling was a geologist.

Shepherd’s goal was for here not to be deemed as an inferior British Museum, but a place where Bajans and foreigners alike can appreciate the rich history of this island.

6,000 of the Museum’s items are photos, and only 6% were actual purchases or acquisitions – the balance were contributed, donated or willed to the BMHS. 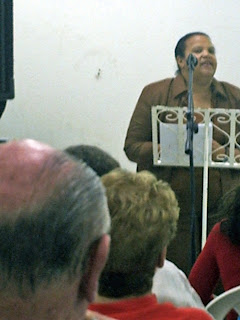 Like Sir Edward Cunard whose legacy here includes the Fairmont resorts better known as Glitter Bay and Royal Pavilion. The expat donated 60 prints of West Indian culture to the Society on his death.

These were received by Major John Harrison and Neville Connell between the 40’s and 50’s. Another key player in the uplift of the Museum was Oliver Messel. A popular stage designer from the UK, was involved not only with the BMHS but the construction of what is now Heron Bay.

In looking to artistically populate the lush West Coast villa, he more or less designed an art factory where Creole and Caribbean works were close to being churned out, and the Museum benefitted from this glut of creation.

22 years later, just at the cusp of Carifesta in its so far only appearance here in Barbados, both Peter Campbell and Warren Alleyne launched a specialised journal tracking most Bajan paintings in 1981.

Eventually the realisation of both the National Cultural Foundation and the renaissance of the Barbados Arts Council superceded the review and the afterglow of Carifesta itself.

Eight years later, Ivan Payne held a show at the Museum that paved the way for Indigenous Expression. In 2000, Joscelyn Gardner had “White Skin, Black Kin” which was ground-breaking in examining some of Barbados’ racial taboos. 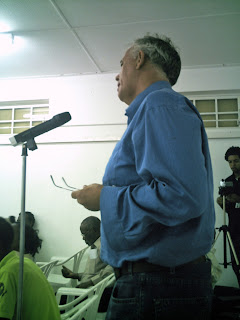 The question section was very brief – apart from myself establishing if cartographers or photographers had artistic tendencies (Curator was quick to say both do, as do I); there was an observation from Nick Whittle that Barbados is overdue in hosting Carifesta, since it seems some islands host it 3 times in a row.

The review was a very fascinating trace of what is an invaluable contribution to what makes a Barbadian Bajan. There is a book on the topic at the Museum bookshop from both Ms Cummins and Mr Whittle with a 3rd author, hailing from Ian Randle publishers of Jamaica – the book is a serious investment; it should be, at $110.00 per copy!