Jah Cure and Hip-Hop artiste Stack$ released their new video Flyin High on ‘420’: International Herb Day (April 20, 2008). Flyin High salutes the natural herb and is the first collaboration between Stack$ and Jah Cure; the video was conceptualised by Stack$ and directed by acclaimed music video producer Jay Will. The Flyin High video features cameos from Wayne Marshall and choreography by Kamieca Reid.

Stack$ may not be familiar to many Jamaicans but has a burgeoning rap career in the United States and is the CEO of SoBe Entertainment. The collaboration between Stack$ and Jah Cure comes out of the newly formed alliance between SoBe Entertainment and the Danger Zone Music Group headed by Della Danger.

The video for Flyin High is of the highest quality and features some of the best work Jay Will has done so far. The Flyin High video showcases some of Jamaica’s best vistas and seeks to bring Jah Cure’s and Stack$‘ fans together on a musical journey.

Jah Cure takes Stack$ on a tour of Jamaica showing him all the sights and sounds of the island. During this tour Jah Cure exposes Stack$ to the finer herbs of Jamaica and takes him to the famed Orange Hill where Stack$ gets to sample some of the highest grades. Throughout the video there are several eye catching shots including one in a herb field and another at a castle in Negril, all combined to ‘blem‘ a top class video of an international standard. 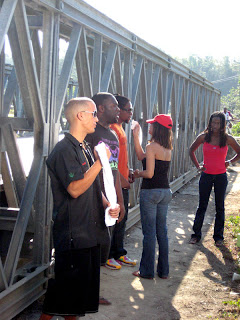 “The video is really cool, we get a chance to leave Kingston and shoot in some new areas of the island such as Hanover and Westmoreland,” Jay Will, Director noted, “We got really nice shots with Kamieca Reid and her dancers who were superb in their gold and black outfits. Stack$’ energy is really good and Jah Cure is his usual best. There are several notable scenes in the video but I especially like the performance on the bridge which allowed me to do some acute camera angles giving the scene a unique look.“ 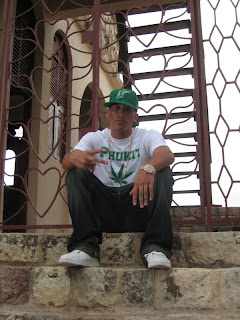 Jay Will is also looking forward to further working with Danger Zone and SoBe Entertainment and will shortly be directing Jah Cure’s next video for the song Journey produced by Danger Zone on the Journey’s Riddim.

The video for Flyin High was released to the world on Sunday April 20, 2008, popularly known as ‘420’ in the United States.