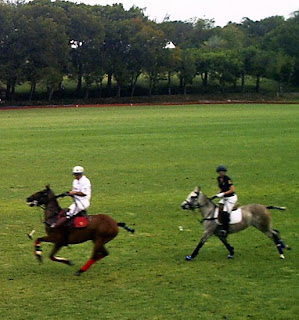 I saw the polo finale of the Battle Of The Sexes and for us guys it was a sorrowful display, the ladies lashed us left, right, centre, up and down… Five to three, you ramgoat! I was the only man brave enough to actually dare support the men, boy, did I get cuss! 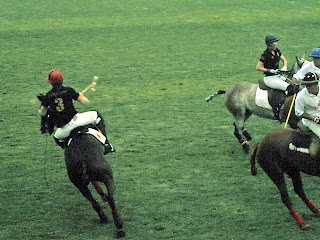 While barely heard, I did enjoy the new jingle that Diamonds International used for the last batch of polo matches on the International calendar (Local polo continues every Thursday and Saturday at Holders). It is way better than those cheesy old trumpets that were hot when folk knew who the hell was Errol Flynn. 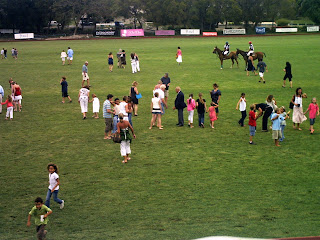 I went the same day as visiting the Amistad, but I was very early – due to rain there was no preliminary at 3:30 just straight to the Big Clash at 4:30 and it was barely three! It seems the night before Barbados was rained on everywhere but Holders luckily, even so the ground was very soft when folks replaced divots later on. I pointed to the wife who was who and did intros here and there to kill time, eventually it was time to start and they had a parade of some gal students and the competitors, they were on review by President Keith Melville and Sir Frederick “Sleepy” Smith. 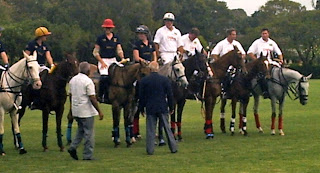 All of the anthems and the chukka’s theme were on one disc, this would have been advantageous in theory… Father Andrew Hatch jumped in after “God Save The Queen” (Cheshire’s Lucy Taylor was part of the femme quartet) and he stated “Let Us Pray“? Not a thing of it! The Bajan anthem rolled right in, and he didn’t miss a beat – he said “Ok, let’s not!” When that finished playing Father Hatch made a go once more… But then the Battle Of The Sexes theme started up and he could be heard over the loudspeaker muttering, “I know the Devil is at work, you know!” The crowd bawled for murder! 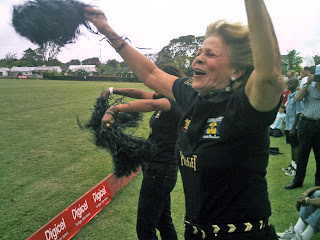 The Piaget ladies had a full support section, pom-poms and all – with Simone Ward and her Trini pal adding to the fervour… Poor men, they only had me – I kept bellowing “Come on, Men!” for the Digicel guys but I was a lone wolf-howl in the hen-coop where the pullets nursed bazookas, oy! Even an old lady jump and wuk-up on what I presume was her grand-daughter when the women won… 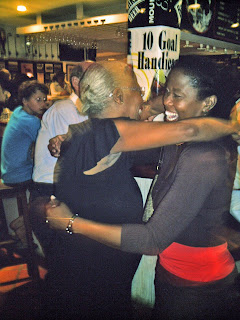 There was a chance for a Blackberry to be won via business card draw, but such was not for me despite my entry. On display were the detailed canvasses of Leonard Jones, he translates to oil or acrylic the photo adventures that Lisa Davis captures via telephoto on her Canon. The change from pixels to pigments is quite intriguing and he says he has a website coming soon. He also does animals among other endeavours, if you like these kinds of souvenirs then shout him up at 256-9102 and let him know you saw it all on Bajan Reporter! 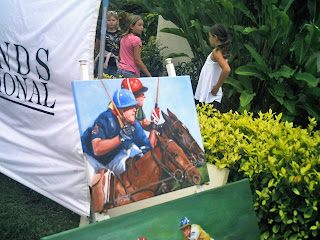 It was all very exciting and my wife loved it, she now understands my passion – unfortunately an unexpected emergency pulled us away, otherwise I would have been down there quite late, lemme tell ya! 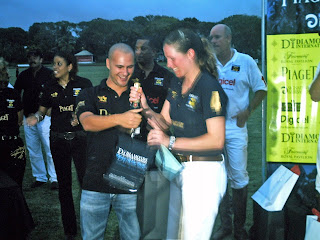 I must add that unfortunately, there are still those out there who ban themselves from polo. I was at a watering hole a few weekends back when a young lady who is an indirect employee of Bizzy Williams was trying to get the crowd I was hanging with to view Waterhall action. 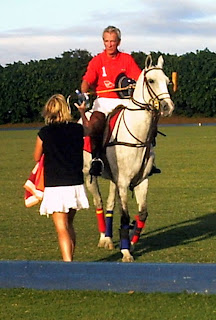 (BTW – I see their website has reverted to the old boring stupid poster that leads on to the astronomically priced villas, what a pity, was looking fwd to see what would become of the new site) 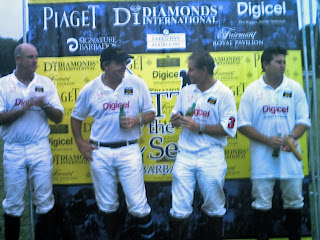 One of the wags there made the claim that polo is only now opening to show foreigners how kind and sweet all Bajans does get along. When the reality is we couldn’t even find those same matches a few years back. She tried to rebut them, she even asked me if I went talking foolishness again about my article, when I had to remind her most of them don’t even know I do that on the side when I’m home! 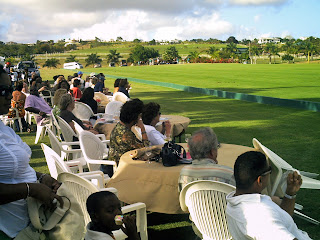 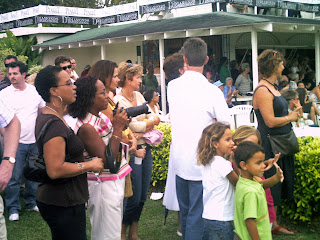 Most vehicles at polo are of a certain age and type, like my Platz – although with a few dings, is only 2002. Mini-mokes and sno-cone carts would be a rarity! 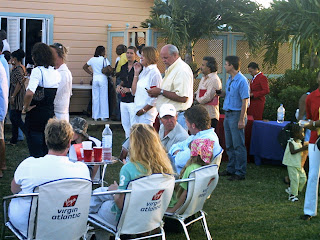 I am not putting anyone down, I am merely calling this as I see it. The fact is, if anyone of any hue has half a brain, then they need to look at polo for themselves and enjoy it the same way they can appreciate the Garrison or windsurfing or a rally or off-road racing… A few of these activities do not appeal to me, but I still have friends who enjoy these same diversions, and the difference makes for a good life all around!