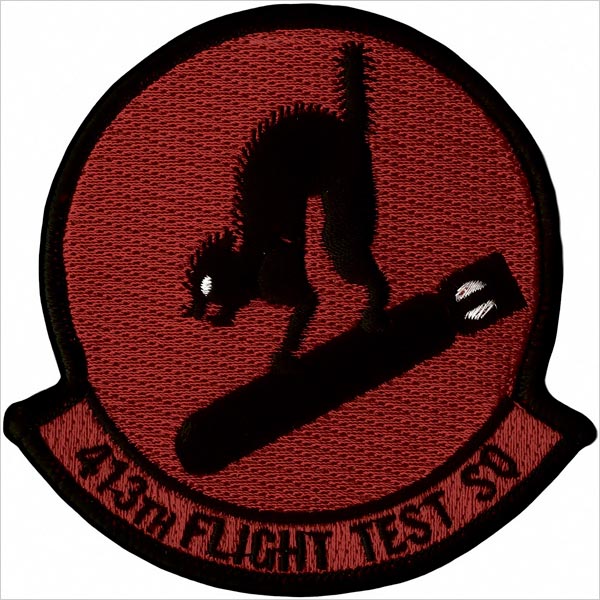 Skulls. Black cats. A naked woman riding a killer whale. Snakes. Swords. Occult symbols. A wizard with a staff that shoots lightning bolts. A dragon holding the Earth in its claws.

No, this is not the fantasy world of a 12-year-old boy. It is … part of the hidden reality behind the Pentagon?s classified, or ?black,? budget that delivers billions of dollars to stealthy armies of high-tech warriors.

[A new] book offers a glimpse of this dark world through a revealing lens ? patches ? the kind worn on military uniforms.

Trevor Paglen, an artist and photographer finishing his Ph.D. in geography at the University of California, Berkeley, has managed to document some of this hidden world. The 75 patches he has assembled reveal a bizarre mix of high and low culture.

?Oderint Dum Metuant,? reads a patch for an Air Force program that mines spy satellite images for battlefield intelligence, according to Mr. Paglen, who identifies he saying as from Caligula, the first-century Roman emperor famed for his depravity. It translates ?Let them hate so long as they fear.? 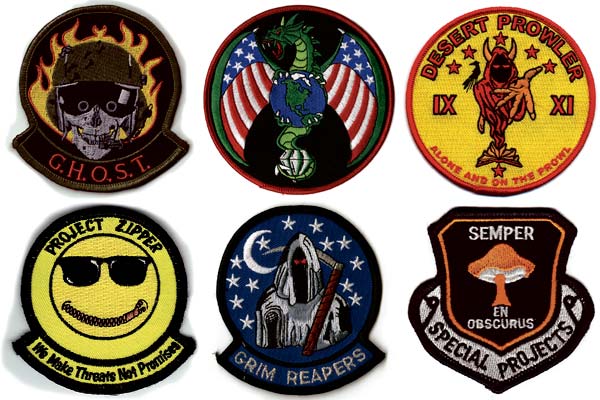 Wizards appear on several patches. The one hurling lightning bolts comes from a secret Air Force base at Groom Lake, northwest of Las Vegas in a secluded valley. Mr. Paglen identifies its five clustered stars and one separate star as a veiled reference to Area 51, where the government tests advanced aircraft and, U.F.O. buffs say, captured alien spaceships.

?We?ve got to spend time in the shadows,? Mr. Cheney said. ?It?s going to be vital for us to use any means at our disposal, basically, to achieve our objective.?