So much has been said about building flyovers here – their cost, level of engineering, qualifications of consultants and the list alone is a separate article in its own right!

Has anyone thought of bathroom facilities? Maybe we should before folks get pissed off in a manner not associated with Road Rage? 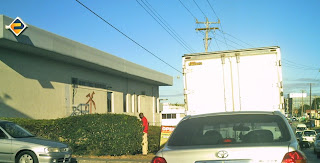 I have a strange and true reason for asking – I saw it happen and still didn’t believe it even after I took pictures… I made sure to edit the shots so innocent bystanders numbers are not as likely to appear! 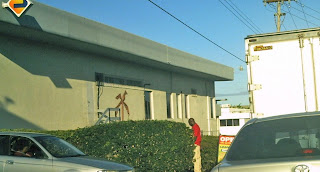 I was heading from work along Wildey to the top of Rendezvous, then, right behind FirstCaribbean as the lights were red at the bottom of BET hill, I see a man jump out of this truck and undoing his pants!

The sad thing was, the traffic delay was actually long enough to justify his whizzing! 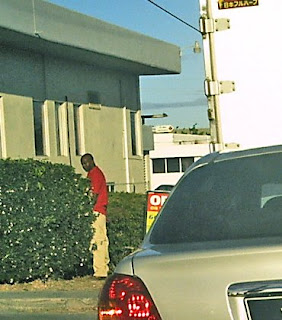 I say that as it seems the guy saw me snapping away, LOL! 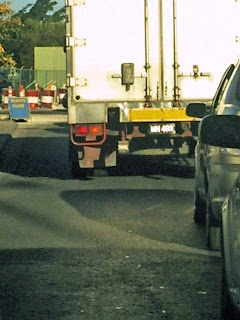 What had me going is that this is a FROZEN FOOD truck, did he carry a portable water-less disinfectant, what if he didn’t then suppose he handles the cartons from truck to bay? There is a phrase known as don’t eat yellow snow, but what about saffron-like frozen foods? YUK! 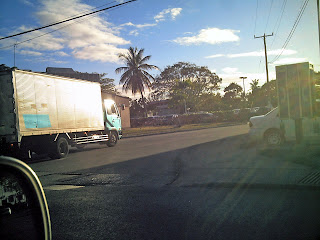 Maybe there should be a NEW sticker – “How’s My Aim? Dial 2-YELLOW” but hey, not trying to take the piss out of that situation!