Two high powered delegations from the neighbouring United States Virgin Islands (USVI) and the Dutch Territory of Saba just left Nevis following a two day visit for a first hand look at the ongoing geothermal explorations on the island.

Both delegations were welcomed to the island by Premier of Nevis Hon. Joseph Parry at his Bath Plain Office and were hosted by the Nevis Island Administration (NIA) at a dinner in their honour at the Four Seasons Resorts.

Following a drill site visit to the West Indies Power Nevis Ltd Spring Hill site, Lieutenant Governor of the United States Virgin Islands Mr. Greg Francis accompanied by his Senior Policy Advisor Mr. Nathan Simmonds and Director of the Virgin Islands Energy Office Mr. Bevan Smith Junior told the Department of Information that he was impressed with the operations and that geothermal energy was something they planned to look into.

Meantime, Mr. Smith explained that the USVI had plans to decrease its dependence on oil through a 20 percent renewable portfolio standard and geothermal energy could form a great part of the plan. 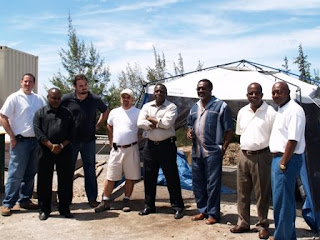 The Director of energy also commended the Lieutenant Governor for his vision to move toward geothermal energy and that he was impressed with the presentation of Chief Executive Officer of West Indies Power Nevis Ltd. Mr. Kerry McDonald.

Commissioner of General Affairs Mr. Chris Johnson who was accompanied by Commissioner Bruce Zagers said geothermal energy had potential for his island and there was the need to get a first hand look of the operations on Nevis as well

?It is a pleasure for us to be here in Nevis. We wanted to get a first hand look at how intrusive something like this is because we understand that we do have the potential to produce a large amount of energy and seeing we have a small population we don?t consume that much but we would have the possibility for exportation due to our strategic location in the North East Caribbean. So we are here in Nevis to get a first hand feel of what it is and so far we are very impressed and hopefully this is a potential possibility for Saba,? he said. 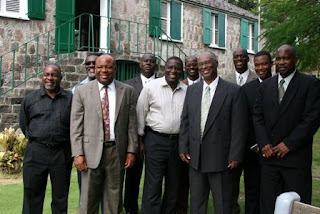 Mr. McDonald who had accompanied the delegations on a tour of the operations at Spring Hill gave specifics about the delegation?s visit.

?They have come to look at the geothermal operations here on Nevis. Commissioner Zagers and Johnson are here because we are going to be doing the same type of operations in Saba and they wanted to see what would be done on the island and the representatives of the United States Virgin Island are here because they are interested in possibly buying power from both Nevis and Saba. We [West Indies Power] have been explaining what geothermal is and how we could supply them in the short term from the two islands,? he said.