The Errol Barrow Centre – Mecca for Barbadian Literary Community? You have 28 Mar. to 6 Apr. to judge

Prince claimed he could do it in a day, Fox say they do it in one minute and 20 seconds and Jules Verne thought it was phenomenal to it less than three months – the Cave Hill Campus’ Errol Barrow Centre takes a neat and stately ten days…

…to circumnavigate this third ball of dirt from the big star out there so!

For Colored Girls Who Have Considered Suicide

When the Rainbow Is Enuf

For Colored Girls Who Have Considered Suicide When the Rainbow is Enuf is Ntozake Shange?s dramatic masterpiece. Long acclaimed as a classic of world theatre, it uses poetry, music, dance, myth and ritual to choreograph the bliss and blisters that women all over the world go through in their search for love, self-fulfillment and happiness. This particular production, as directed by Esiaba Irobi, Visiting Professor of International Theatre from the USA, focuses specifically on the pain, sorrow and joy that Barbadian women go through as they make the transition from girlhood to womanhood. Their frustration to find worthy husbands through love. Watching the play can change your love life. Its sassiness can also change your sex life. It addresses the politics of gender and identity that love and desire provoke in the Caribbean and the rest of the African Diaspora. Don?t miss it.

The Faculty of Humanities & Education

An Evening with George Lamming ? Readings and Public Conversations

THE SURVIVORS? PROJECT: VOICES FROM THE INSIDE-OUT!! 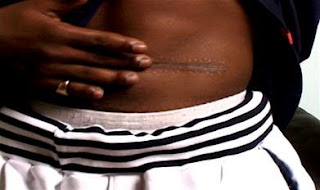 The Caribbean region has some of the highest rates of gun violence per capita in the world, but what approaches are we taking to stem this impending epidemic?

?The Survivors Project: Voices from the Inside-out!! ? explores the traumatic impact and implications of gun violence on young people and young black men in particular, living in low-income, racialized neighbourhoods. It is filmmaker Cabral ?Larc? Trotman?s response to the impact of violent crime on young people, including his personal experience of seeing his brother fatally wounded.

The screening of the film is followed by a panel discussion to heighten awareness to the importance of establishing crisis response / trauma intervention initiatives in Barbados.

THE FILMS OF ABDULKADIR SAID

Upcoming EBCCI Events to look out for? ?

? Spoken Word: ?Poetry Versus the Ivory Tower: The Revenge of Rap, Spoken Word and other African Diasporic Oratures on Western Literary Poetry?

? ?Sizwe Banzi is Dead? – Directed by Dr. Esiaba Irobi, this play is based on the everyday life of the urban black community in South Africa during Apartheid and tells the story of the struggle for independence that many black people experienced under Apartheid.

?Dutchman? – Armri Baraka’s shocking one-act play Dutchman is an emotionally charged and highly symbolic version of the Adam and Eve story, wherein a naive bourgeois black man is murdered by an insane and calculating white seductress, who is coldly preparing for her next victim as the curtain comes down. Directed by Dr. Esiaba Irobi.

Other Events that may interest you? ?

Please note: The EBCCI, UWI – Cave Hill Campus has no other information relating to this event.