THE EIGHT CARIBBEAN U20 FOOTBALLERS READY FOR THEIR JOURNEY OF CHAMPIONS 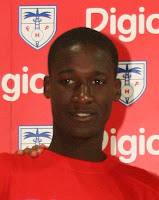 The Digicel Kick Start Clinic’s Journey of Champions begins on

Saturday April 5 when the eight Caribbean boys, selected by International footballer John Barnes, head off to the UK to train at Sunderland AFC’s Academy of Light. Andrew Murray from Guyana, Joseph Guemsley & Renaud Brisley from Haiti, Gerard Williams & Devaugn Elliot from St. Kitts, Emilio Limon from Suriname, Leston Paul from Trinidad and Akeem Brown from Jamaica, along with two Digicel chaperones, will all meet in Jamaica on

Thursday April 3 in order to travel to the UK together. 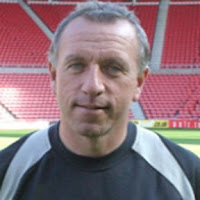 Ged McNamee, SAFC Academy Director explains what the boys will be able to expect during the week: “The eight players will experience the daily scholarship programme and train alongside Sunderland youth players.

The programme will include a physical and coordination programme which is supervised by Scott Pearce, Academy Sport Scientist and the football coaching programme is very technically ball-based, with various technical practices and small sided games being used.

“The week will be demanding, but hopefully enjoyable which will give the selected players an insight into the daily programme of an aspiring young footballer. 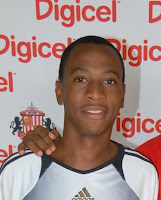 “This opportunity will also allow the coaches to assess the players both physically and technically against the recruitment criteria, to observe their potential to determine whether the players could progress further.

Most of all it is about the young players having a positive experience which they will always remember, regardless of the outcome and we look forward to welcoming them to Sunderland.”

The Digicel Kick Start Clinic‘s Journey of Champions begins in two weeks on Saturday April 5 when the eight Caribbean boys head off to the UK to train at Sunderland AFC’s Academy of Light.