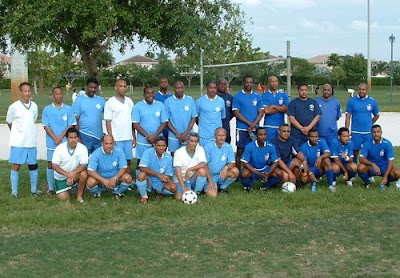 The annual match is in memory of Dennis Zaidie, who coached both schools to Manning Cup victories. This year will mark the 22nd year of the death of Dennis Zaidie in a car crash in Mexico at the 1986 World Cup.
?Dennis Zaide has been an inspiration to the success of both schools in Jamaica,? according to Teddy Alexander, President of the Jamaica College Old Boys Association of Florida, who added – ?We believe this is the most fitting way to honor his legacy and what he has done.?
This year?s match will again feature a senior team from each association. For further information on please contact: Damion Simon – 561-255-3782; for the location –
Silver Shores Park – 954 442 4030
(Southeast corner of Dykes Road and Pembroke Road)
15700 Pembroke Road
Miramar, Florida 33029