Malinda Warnapura who scored his maiden Test hundred on the first day of the opening match of the Digicel Test Series said that he played perfectly to the team plan. 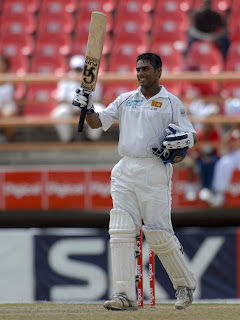 ?Myself and (Michael) Vandort both play shots so we just wanted to play positively and keep our wickets as well and we did it exactly right, whoever got to 50 or 60 should carry on and I think I did well to get to 120,? Warnapura said after the days play when his team won the toss and ended on 269 for 4. 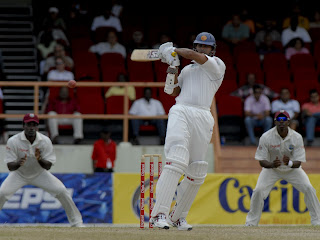 The left hander who made 120 from 226 deliveries with 14 boundaries said that getting through the first hour when the West Indian pacers were fresh was critical.

?The first hour was the hardest time, everyone wanted us to keep on batting and spend time in the middle and I think Vandort and myself, we did the job,? said Warnapura who is playing in only his third Test match. 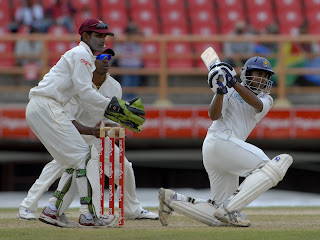 He also said that the frontline West Indian pacers caused the Sri Lankans the most trouble of all the bowlers. 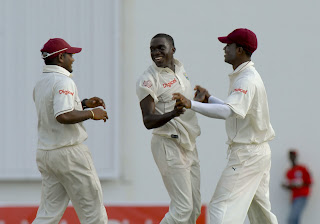 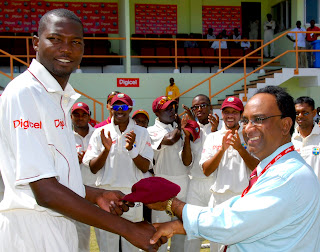 He said that playing the three day warm up game next to the Test pitch was a clear advantage.

?I?m really happy today because we had a great opportunity after the three day game at the same venue, that helped us a lot to adjust to the conditions,? Warnapura revealed. 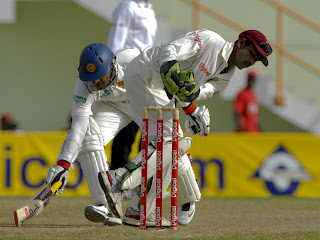 And he said at the end of the day?s play the Sri Lankans were happy as they lost two wickets less than they had planned for despite Jerome Taylor?s double strike late in the final session.

Warnapura also said that he was not worried about the pressure of trying to fill the opening breach left by the recently retired Sanath Jayasuriya.

?I am not Sanath Jayasuriya, I?ve just been given an opportunity so I have to take the chance and prove that I am good enough to play for Sri Lanka,? the 28 year old declared.

And looking ahead to the third day he said while there was some bounce in the morning session, the wicket was a good one to bat on and that he is looking forward to his captain Mahela Jayawardene (25*) and Tillakaratne Dilshan (17*) to bat long on to push the score further along.

{Ed’s Note: Stunning photos thanks to Brooks LaTouche in partnership with Digicel}