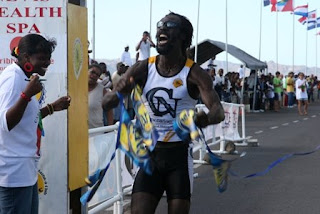 ?I want to convey to him our [NIA] highest consideration and to say the Ministry of Sports will do all that it can to facilitate the development of tri-athletes and to facilitate his participation in similar events as we have done in the past in all of the sports. 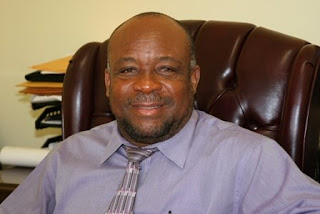 ?The Ministry of Sports is here to ensure that athletes excel and I feel that Reggie has demonstrated what can happen with training, with consistency and with a heavy focus on the prize. So again congratulations to Reggie and best wishes,? he said.

The Minister described Reggie as an athlete all of Nevis could be proud of and spoke of his performance as a tremendous demonstration of his ability to perform regionally and internationally.

?With training and the consistency that he has demonstrated it shows us that he is an athlete that all of Nevis can be proud. To line up against international competitors and do very well is remarkable given the fact that we have challenges in relation to facilities and proper well designed roads for biking and if you as a home grown athlete can swim, bike and run ahead of all the other athletes in the OECS, speaks wonders for him and it also does us Nevisians specially proud, in addition to have become the overall winner at a time when you have 128 participants, 24 countries it is remarkable.

?We want to say to Reggie Douglas that we are certainly very happy that he has done this and we thank him for his consistency and we congratulate him and look forward to working with him as he continues in his most outstanding career,? Mr. Daniel said.

The Sports Minister said too that Mr. Douglas was must be regarded as a premier athlete in the Federation and the OECS because he had demonstrated without a shadow of a doubt that he was an outstanding performer and one who could rise to the challenge of the international stage.

Mr. Daniel also had commendations for members of the Team Nevis Cycle and Triathlon Team Mr. Winston Crook, Mr. Greg Phillip and Mr. James Weeks who have been facilitated the triathlon programme on Nevis.

Meantime, moments after his feat in response to a question whether the thought of giving up had ever entered his mind an elated Mr. Douglas told the Department of Information…

?Hell no! My body would have to shut down out there for me to give up man not when you were so close up to the front and this is my home crowd and my supporters. I thank them very much? everybody was just awesome.

With regard to his dying moments of the race, Mr. Douglas said a voice spoke to him. 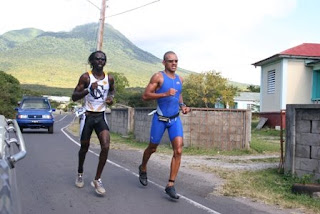 ?The last couple of moments there was something telling me in my head I want it. Patrice [competitor from Martinique who placed second] put on a few surges and I kind of held on for dear life coming across by TDC, then he surged again coming up to Hunkins Drive and then I thought then man I don?t have it. Then it was like that voice come again I want it and that?s when I pulled my last card I guess I had something left in the bag and I sprint,? he said. 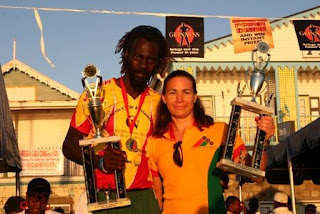 On hindsight Mr. Douglas said swimming had always been a challenge for him. He said his fellow competitors were coached everyday while he was left to take pointers from magazines, the internet and tips from friends but once he got on land it was a different story since the bike and run segments was his game.